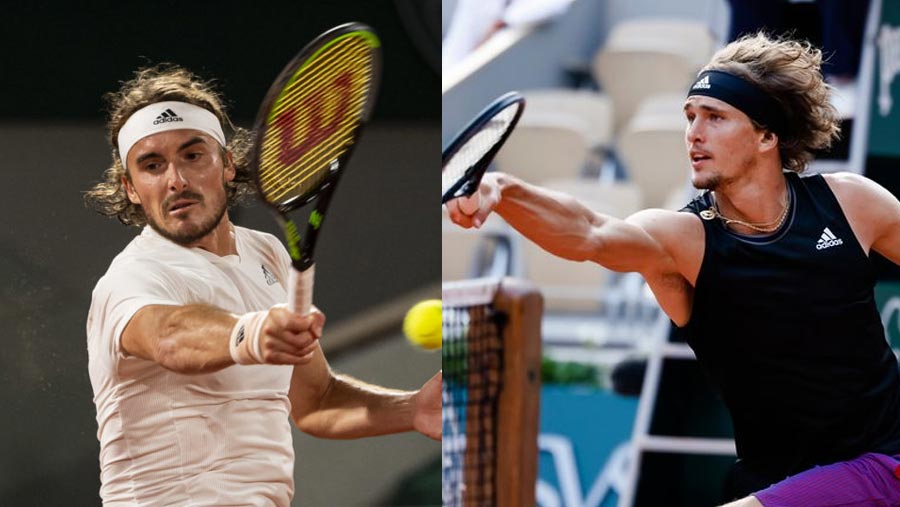 The fifth and sixth seeds will duel for a spot in the 2021 French Open final after victories over Daniil Medvedev and Alejandro Davidovich Fokina; Novak Djokovic and Rafael Nadal will play their respective quarter-final matches on Wednesday (Jun 9).

Stefanos Tsitsipas and Alexander Zverev are set to meet each other for the eighth time in their careers, after progressing through to the semi-finals of the French Open.

Zverev was the first to secure a place in the last four of the clay-court Grand Slam, as a result of his 6-4 6-1 6-1 victory over Alejandro Davidovich Fokina.

Tsitsipas' contest with Daniil Medvedev headlined the night session on Court Philippe-Chatrier and the Greek overcame the second seed 6-3 7-6 (7-3) 7-5.

The second set of quarter-finals will take place on Wednesday, when Rafael Nadal meets Diego Schwartzman and Novak Djokovic takes on Matteo Berrettini during a night session that will see fans return to the stadium.

Like Tsitsipas, Zverev is also aiming to win his first Grand Slam by lifting the title in Paris on Sunday.