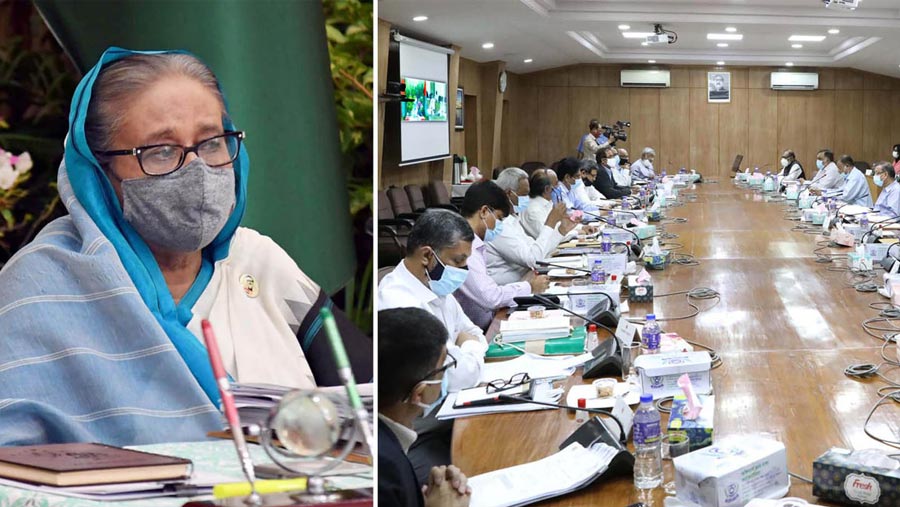 The Cabinet on Monday (May 31) cleared the draft of Finance Company Act, 2021, in principle, keeping several clauses of executive punishment for breaching the law alongside criminal offenses.

The approval came from the weekly cabinet meeting held with Prime Minister Sheikh Hasina in the chair. The Premier joined the meeting virtually from her official residence Ganabhaban, while her Cabinet colleagues at Bangladesh Secretariat, local media reported.

“The new law has been designed making changes to the Finance Institutions Act, 1993 as it (existing law) is not so effective in this present context,” said Cabinet Secretary Khandker Anwarul Islam while briefing the reporters after the meeting at the Cabinet Division.

As per the proposed law, he said, the existing financial institutions would turn into companies but they won’t require fresh registration or change their present memorandum of associations.

According to the bill, Anwarul said, none can run a finance company in Bangladesh without taking a license from Bangladesh Bank.

The bill also precisely defined loan defaulters as well as fixed the ceilings for the amount of deposited money and interest rates, he added.

During the approval of the draft law, he said, the Cabinet also gave an observation for the authorities concerned to review whether the bankruptcy issue of a company can be solved outside the court, and the issue can be incorporated in the proposed law.

The Cabinet Secretary said now the court declares a company bankrupt, which is time consuming issue to remove the bankruptcy-related complexities following the High Court’s judgment.