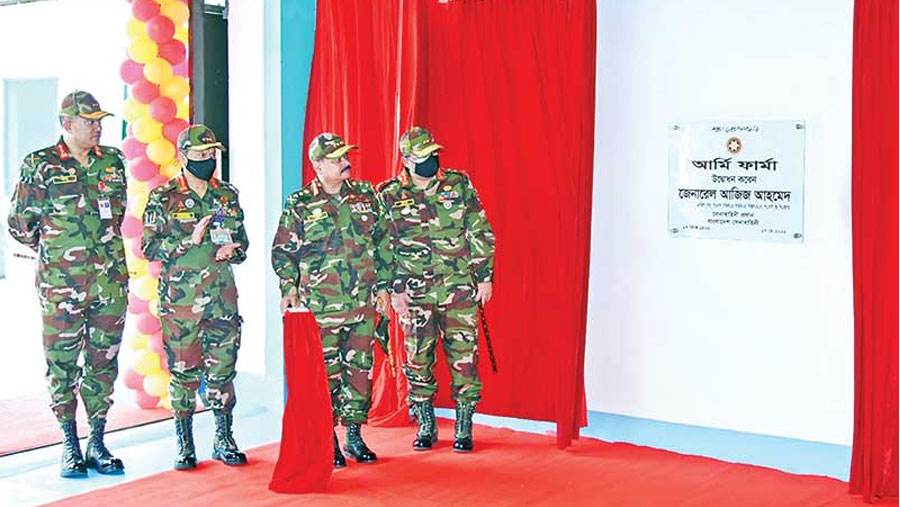 The construction work of the factory of Army Pharma Limited is being carried out at Shimultali, said an Inter-Services Public Relation (ISPR) press release today, local media reported.

Army Pharma Limited, a subsidiary of Bangladesh Machine Tools Factory Limited (BMTF), an organization run by the Bangladesh Army, started its official journey with the conviction of producing and marketing quality medicines.

Chief of Army Staff General Aziz Ahmed termed as historic the journey of Army Pharma during the birth centenary of Father of the Nation Bangabandhu Sheikh Mujibur Rahman and the 50th anniversary of the country’s independence.

Under the worthy leadership of Prime Minister Sheikh Hasina, Aziz hoped, Bangladesh Army and Army Pharma would play a significant role in the health sector in the days to come.

He said that the company will emerge as one of the top pharmaceutical companies in the country in the shortest possible time.