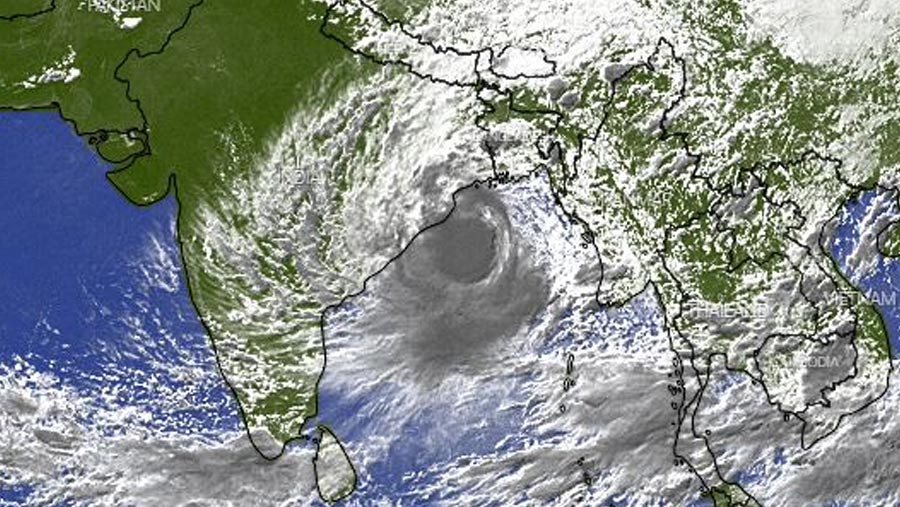 The severe cyclonic storm is likely to intensify further and move in a north-northwesterly direction.

The maximum sustained wind speed within 64kms of the severe cyclone center is about 89ph, rising to 117kph in gusts or squalls. Sea will remain high near the cyclone center.

All fishing boats and trawlers over North Bay and deep sea have been advised to remain in shelter till further notice.

Rain or thundershowers accompanied by temporary gusty or squally wind is also likely to occur at most places over Dhaka, Khulna, Barishal, Rajshahi and Chattogram divisions and at many places over Rangpur, Mymensingh and Sylhet divisions with moderately heavy to heavy falls at places over the country.

Mild to moderate heat wave is sweeping over Rangpur, Rajshahi, Mymensingh, Dhaka, Khulna, Barishal, Chattogram and Sylhet divisions and it may abate.

The maximum rainfall for the last twenty-four hours till 6:00am today was recorded 130 millimeters (mm) at Sandwip.