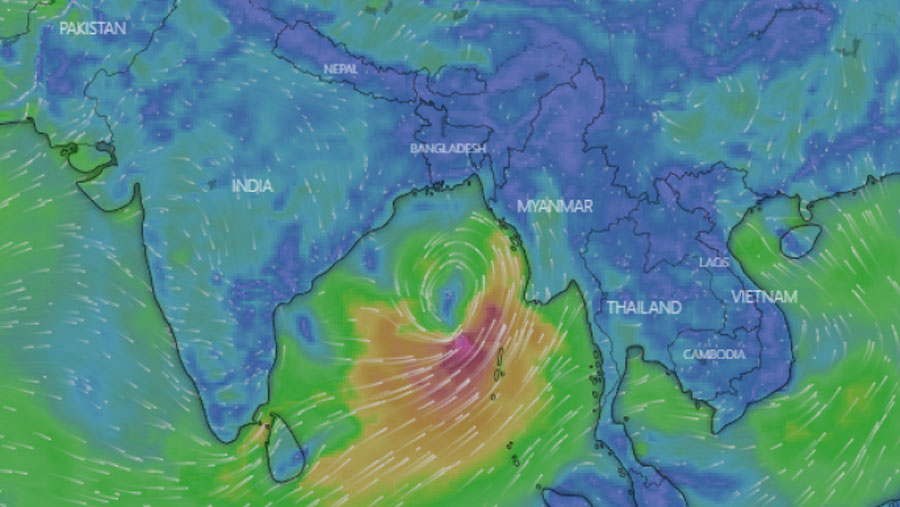 Chattogram district administration has taken all kinds of preparations to face the cyclone “Yash”, which is likely to strike the country between Tuesday (May 25) and Wednesday.

Chattogram district administration sources said sufficient shelter centres have already been prepared, sufficient medical teams have also been formed and announcement with laud speaker is being carried out in the coastal belts so that people could move to safer places from vulnerable areas.

Omar Faruk, executive Magistrate of Chattogram district administration, said a meeting was held on Sunday evening in this regard with Deputy Commissioner Mominur Rahman in the chair, local media reported.

The deputy commissioner has instructed the executive officers of the coastal upazilas to keep ready the shelter centres in their respective areas, he said.

In addition, fishing trawlers have been asked to stay in safer places as the sea is getting rough due to the storm Yash.

Over 511 cyclone shelters have already been set up. Five additional district magistrates of Chattogram district administration have inspected the cyclone shelters on Sunday and they also instructed by the Deputy Commissioner Mominur Rahman to supervise the shelters, Omar Faruk said.

The port’s shipping and transport department have set up two control rooms for the exchange of emergency information, the source added.