None can distort history from now on, says PM 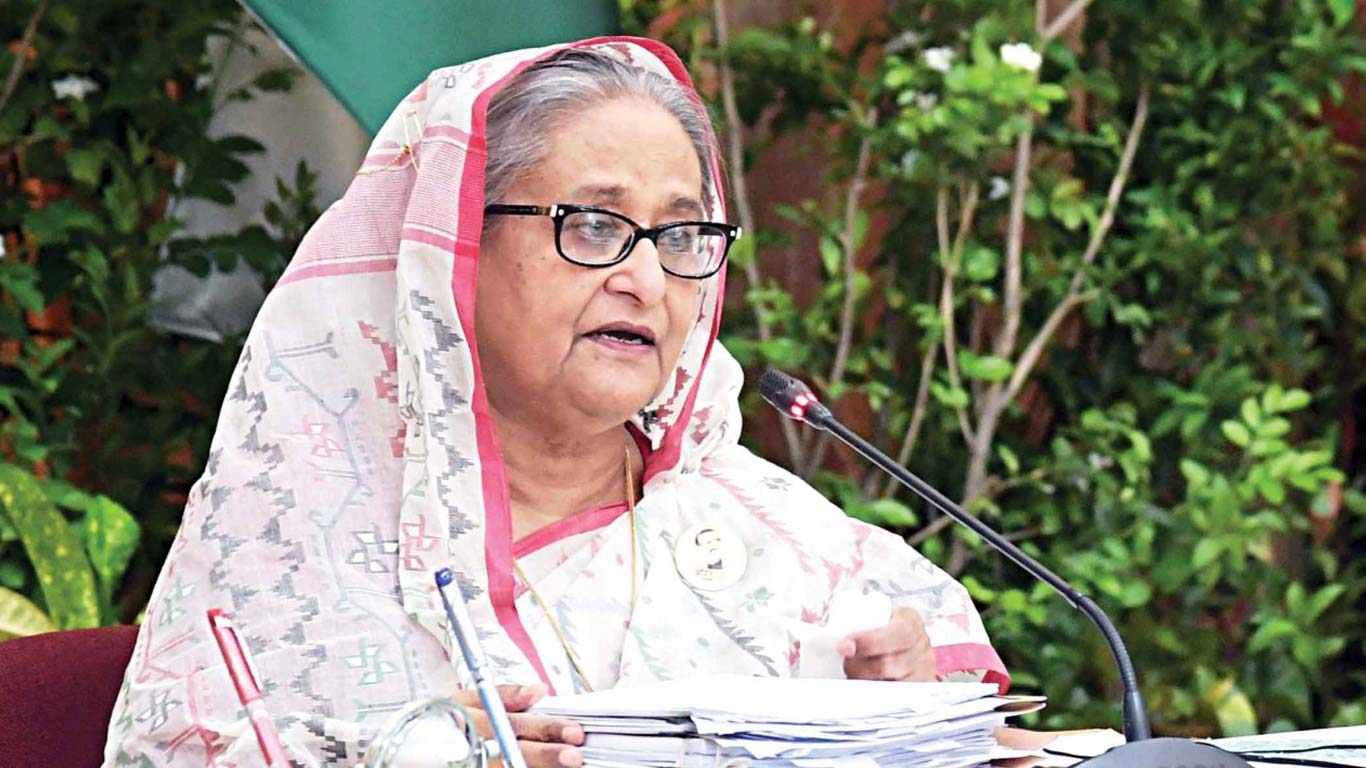 Prime Minister Sheikh Hasina on Monday (May 17) said she firmly believes that none can erase the country’s real history from now on and simultaneously vowed for added efforts to change the people’s lot by making Bangladesh as a developed and prosperous one.

“History had been completely erased, totally changed. Now, confidence has come within me that no one can distort or erase the real history of Bangladesh,” she said.

Presiding over a weekly cabinet meeting virtually from her official Ganabhaban residence in the capital, she also said Bangladesh has now become a developing country by overcoming many hurdles at home and abroad and vowed to take it ahead from its present condition.

Her cabinet colleagues and concerned secretaries got connected to the meeting from the cabinet division, local media reported.

Sheikh Hasina, also President of the ruling Bangladesh Awami League, said that she had returned to her motherland by facing numerous hurdles and conspiracies even after knowing that she had life risk as the government which had released the war criminals from the jail and given Impunity to the killers.

“I returned to the country under that situation without thinking anything as the independence of the country could not go in vain . I have to make the independent success, “she said with emotion chocked voice.

The PM however recalled the contribution of the then Awami League leaders and activists and the countrymen who stood beside them (Sheikh Hasina and her younger sister Sheikh Rehana) for return to the country on this day in 1981 from six years of forced exile.

She said that then leaders and activists of the Awami League and the people of the country stood beside them when they returned to the country after losing everything, father, mother and brothers.

The Awami League President said that Obaidul Quader (current Awami League general secretary and Road Transport and Bridges Minister) as the then President of Chhatra League had issued first statement about return of Sheikh Rehana and her.

She added that she got massive love, affection and blessings of the people wherever she had gone across Bangladesh after returning to the country upon losing her father, mother and brothers.

The PM reiterated that the country would be a “Golden Bangladesh” as envisioned by Father of the Nation Bangabandhu Sheikh Mujibur Rahman.