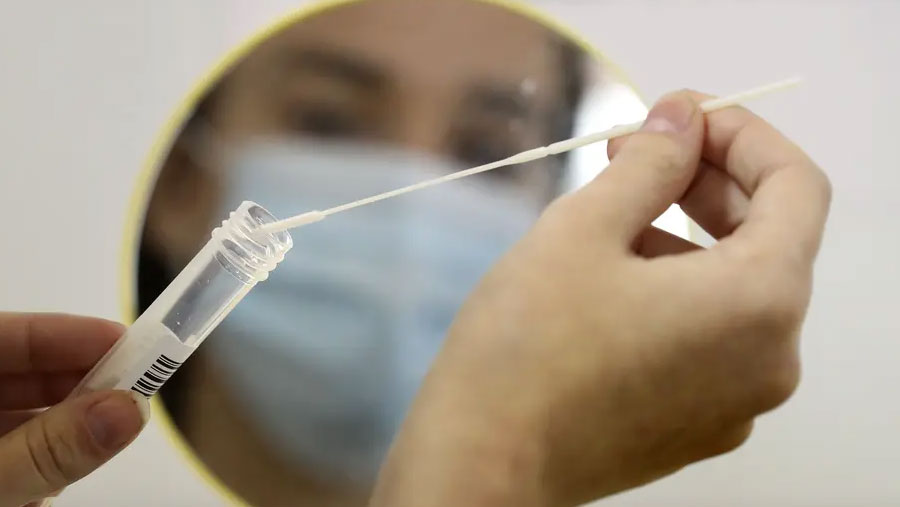 The World Health Organziation (WHO) said on Monday (May 10) that the coronavirus variant first identified in India last year was being classified as a variant of global concern, with some preliminary studies showing that it spreads more easily.

The World Health Organization has classified the coronavirus variant first found in India last year as a variant of global concern. It said preliminary studies show the B.1.617 variant spreads more easily than other variants and requires further study.

The mutation has already spread to more than 30 countries, the WHO says. Three other variants from the UK, South Africa and Brazil have been given the same designation.

A mutation is elevated from a “variant of interest” to a “variant of concern” (VOC) when it shows evidence of fulfilling at least one of several criteria, including easy transmission, more severe illness, reduced neutralisation by antibodies or reduced effectiveness of treatment and vaccines.

The variant is being studied to establish whether it is responsible for a deadly surge in India, which is currently overwhelming hospitals and crematoriums.

India reported 366,161 new infections and 3,754 deaths on Monday (May 10), down from record peaks. Experts say the actual figures could be far higher than reported.

Surging cases have meant that oxygen shortages continue to be a problem and have spread beyond the capital, Delhi.

Local media in the southern state of Andhra Pradesh reported that 11 Covid patients died overnight in the city of Tirupati after an oxygen tanker supplying the hospital was delayed.

The Indian government says there is evidence of a link between the variant and India’s deadly second wave, but that the correlation is not yet fully established.

Several states have imposed localised lockdowns, curfews and curbs on movement over the last month. However, Prime Minister Narendra Modi’s government is coming under increasing pressure to announce a nationwide lockdown and stop the spread of the virus.

The WHO says current vaccines will continue to be effective against the Indian variant, although the WHO’s technical lead did say there may be some evidence of reduced neutralization, at a press conference on Monday.