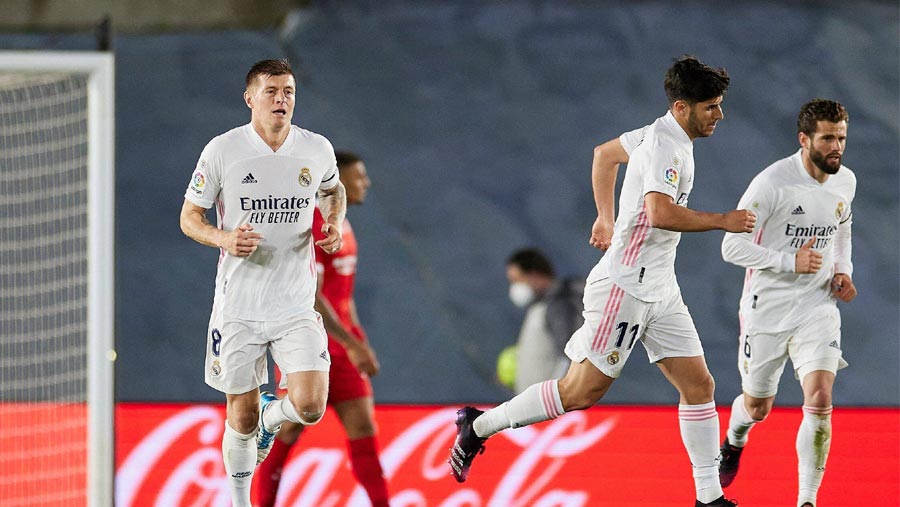 After F.C. Barcelona and Atletico Madrid’s draw on Saturday (May 8), Real Madrid had a chance to go top of La Liga with a win over Sevilla but the visitors were the hungrier side at the Alfredo Di Stefano Stadium.

A late Diego Carlos own goal earned a point for Real Madrid against Sevilla as the defending champions were denied top spot in La Liga.

Toni Kroos’ shot in the 94th minute deflected in off Carlos as Real levelled for a second time to go two points behind leaders Atletico Madrid.

Fernando put Sevilla ahead midway through the first half after slotting in from Ivan Rakitic’s knock-down.

Rakitic’s spot-kick came after Eder Militao was penalised for a handball following a video assistant referee review, but only after Karim Benzema had been brought down in the penalty area at the opposite end by Sevilla goalkeeper Yassine Bounou during a frantic few minutes.

Benzema appeared to have put Real ahead after 12 minutes with a header from Alvaro Odriozola's cross, however a VAR review found the full-back to be marginally offside.

Sevilla were denied a victory that would have taken them within four points of the lead and Julen Lopetegui’s side now look out of contention, sitting six points off the pace.

On Saturday, leaders Atletico protected their two-point lead at the top of La Liga with a goalless draw at Barcelona.