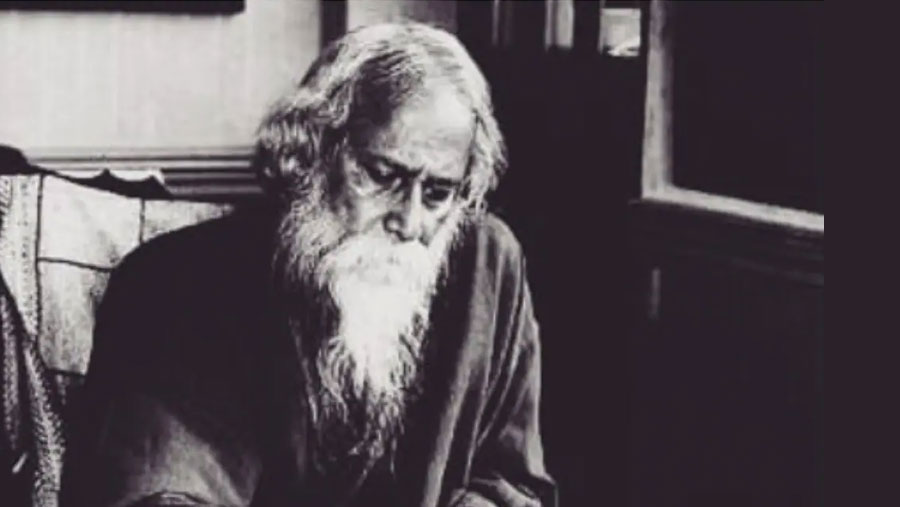 In the wake of coronavirus (Covid-19) pandemic, the 160th birth anniversary of Biswakabi Rabindranath Thakur, who reshaped Bengali literature and music as well as arts of Indian subcontinent with contextual modernism, was celebrated virtually on Saturday (May 8).

Though there was no official event this year marking the birth anniversary of the poet due to the coronavirus situation, social and cultural organizations celebrated the day virtually through different programmes.

Chayanat held a programmme titled ‘Dhar Nirvar Gaan’ which was aired at 9 p.m. on Chayanat’s Facebook group and YouTube channel.

Besides, Bangladesh Television and other private television channels and Bangladesh Betar aired special programmes highlighting the life and works of Rabindranath.

The youngest of thirteen surviving children, Rabindranath Thakur, nicknamed ‘Rabi’, was born on 25th of Bengali month of Baishakh in 1268 (May 7, 1861) in Jorasanko Mansion in Kolkata to Debendranath Thakur and Sarada Devi.

Nobody had influenced the minds of so many Bengali-speaking people before or after him. Influence of Rabindranath, the fountainhead of Bengali wisdom, has been compared, by many, to Shakespeare in the English-speaking world.

Gitanjali (Song Offerings), Gora (Fair-Faced) and Ghare-Baire (The Home and the World) are his best-known works and his verse, short stories and novels were acclaimed-or panned-for their lyricism, colloquialism, naturalism and unnatural contemplation.

Author of Gitanjali, profoundly sensitive, fresh and beautiful verse, Rabindranath became the first non-European to win the Nobel Prize in Literature in 1913.

Sometimes referred to as “the Bard of Bengal”, Tagore’s poetic songs were viewed as spiritual and mercurial.

His compositions were chosen by two nations as national anthems: Bangladesh’s Amar Shonar Bangla and India’s Jana Gana Mana. The Sri Lankan national anthem was inspired by his work.

The legendary poet breathed his last at his paternal residence in Kolkata on Sraban 22 of Bangla year 1348 (Aug 7, 1941).