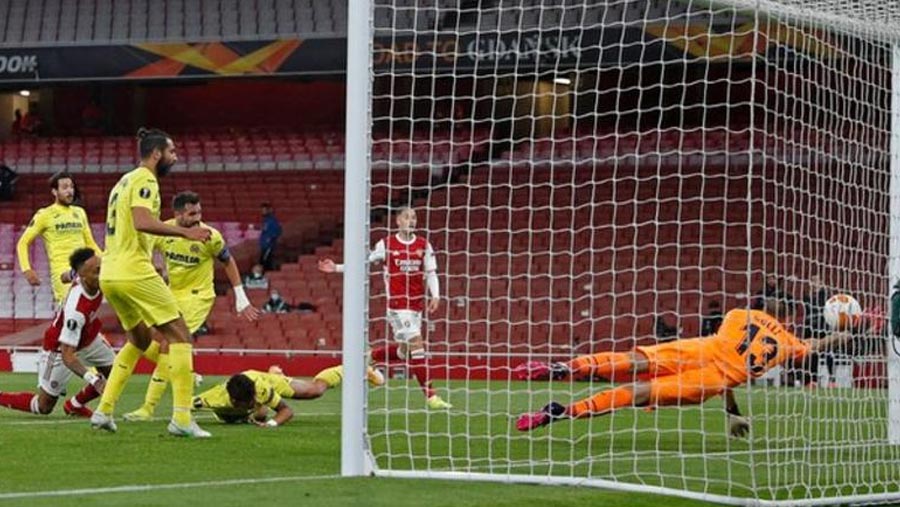 Villarreal are through to their first ever European final after getting past Arsenal in the Europa League semifinals on Thursday (May 6). After last week’s first leg ended 2-1 in favor of the Spanish side, the second leg at the Emirates finished 0-0, seeing the Gunners’ dream of European soccer next season potentially end.

Trailing 2-1 from the first leg in Spain and knowing that victory in this tournament represented their only realistic route back into the Champions League, Mikel Arteta’s side could not find a way past the visitors' stubborn defence.

Pierre-Emerick Aubameyang struck the post with a volley but it was a rare moment of threat in a display strangely passive for large parts.

Nicolas Pepe and Emile Smith Rowe both fired efforts wide early in the second half and Aubameyang hit the post again with a downward header later in the game, but such moments were few and far between.

That the defeat came at the hands of former boss Unai Emery will be especially galling for the Gunners. Emery was sacked in November 2019 after 18 months in charge, ultimately leading to the appointment of Arteta.

With Manchester United seeing off Roma in the other semi-final and Chelsea and Manchester City into the Champions League final, Arsenal’s loss ruins hopes of a Premier League clean sweep of European competitions this season.

Villarreal will face Man United in Gdansk's Stadion Miejski on May 26.

More importantly for the Gunners, though, the result effectively ends their season and their European chances – a big blow to a club that, a little over two weeks ago, was one of 12 prepared to walk away from the Champions League in order to join the proposed European Super League.