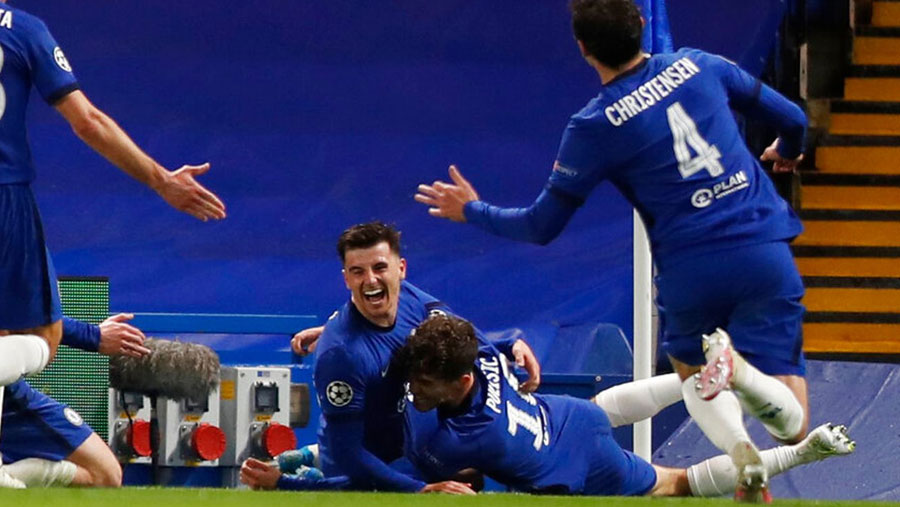 Chelsea set up an all-English Champions League final against Manchester City as goals from Timo Werner and Mason Mount beat Spanish side Real Madrid 2-0 in a dominant display on Wednesday (May 5) to seal a 3-1 aggregate victory at Stamford Bridge. The Blues will take on Man City in Istanbul at the end of the month.

Chelsea will face Manchester City in the Champions League final in Istanbul after convincingly overcoming a fading Real Madrid at Stamford Bridge.

On a night of high tension, even behind closed doors, Chelsea fully deserved a victory that sets up an all-English final against Pep Guardiola’s Premier League leaders on May 29.

Thomas Tuchel’s hosts were grateful to goalkeeper Edouard Mendy for two fine first-half saves from Karim Benzema but they were able to build on the 1-1 draw they achieved in Madrid when Timo Werner headed in from almost on the goal-line in the 28th minute after Kai Havertz had lofted a finish on to the bar.

It set the platform for a second half of total Chelsea domination that was nevertheless laced with anxiety as the hosts missed chance after chance to put the game to bed.

Real’s former Chelsea goalkeeper Thibaut Courtois saved from N’golo Kante and Havertz, who also headed against the bar, while Mason Mount shot wildly over the top when clean through.

It was Mount, though, who finally sealed Chelsea’s place in their first Champions League final since they won the competition in 2012.

The outstanding Kante, who was also instrumental in the opening goal, fed substitute Christian Pulisic and his cross was turned in by Mount with five minutes left.

The result adds another chapter to the remarkable transformation under Tuchel since he succeeded the sacked Frank Lampard in January – and gives him the chance to make amends for the 2020 Champions League final, when his Paris Saint-Germain side lost to Bayern Munich.