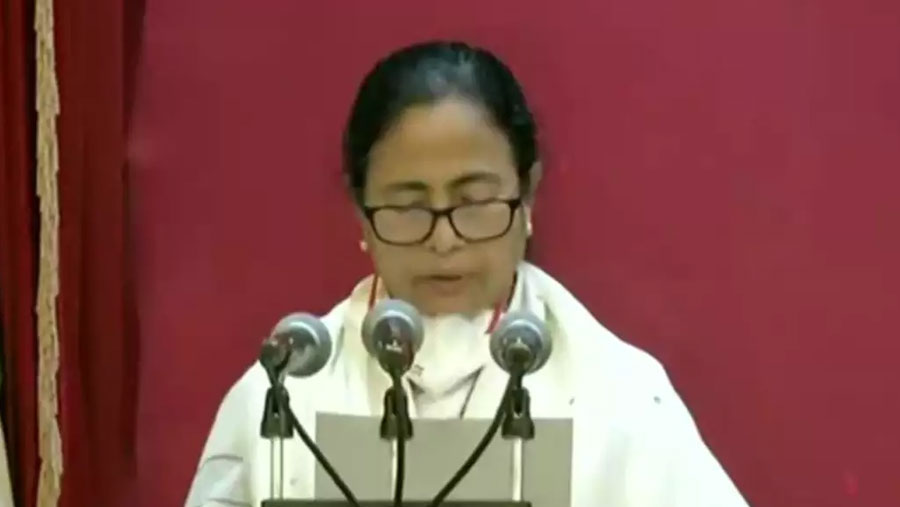 Trinamool Congress chairperson Mamata Banerjee was on Wednesday (May 5) sworn in as West Bengal Chief Minister for the third time in a row.

Mamata Banerjee, who powered Trinamool Congress to a landslide victory in West Bengal assembly elections, was sworn in as Chief Minister of the state for the third consecutive term on Wednesday (May 5). She was administered the oath of office by Governor Jagdeep Dhankhar, Indian media reports.

The event, which was conducted at 10.45 a.m., was brief, keeping in mind the pandemic restrictions. Only 50 guests were allowed and no Minister was sworn in.

Prime Minister Narendra Modi took to Twitter to congratulate Mamata on her oath-taking as Chief Minister.

Mamata took the oath in Bangla to become the 21st Chief Minister of West Bengal.

The Trinamool Congress won 213 seats in the 294-member Assembly in the recent polls. The party’s vote share was at an all-time high of 47.9 %. The elected TMC legislators unanimously elected Ms. Banerjee as their leader on May 3.