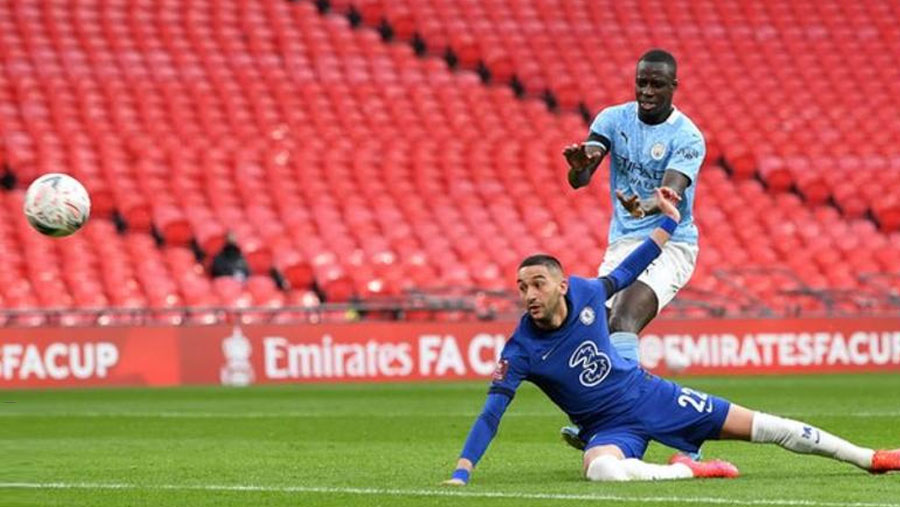 Hakim Ziyech scored the only goal of the match as Chelsea booked their spot in a second successive FA Cup final courtesy of a 1-0 victory over Manchester City on Saturday (Apr 17) evening. The Blues, who lost to Arsenal in last season's final, will take on the winner of the second semi-final between Leicester City and Southampton for the trophy on May 15. Man City’s quadruple bid is now over, but Pep Guardiola's side can still win the EFL Cup, Champions League and Premier League in the coming weeks.

Man City and Chelsea had both secured their places in the last four of the Champions League this week – but Pep Guardiola’s side had their sights set on a unique haul of four trophies as they close in on the Premier League title and also face Tottenham here in the League Cup final on Apr 25.

Chelsea had other ideas, however, and they deserved the victory given to them when Hakim Ziyech slid home Timo Werner’s pass in the 55th minute to set up an FA Cup final against either Leicester City or Southampton.

Ziyech had a goal ruled out for offside before he scored but that was enough to beat a lethargic City, who made eight changes from their Champions League win against Borussia Dortmund and now have the added worry of the sight of Kevin De Bruyne limping off injured in the second half.

Chelsea had a very late scare as keeper Kepa Arrizabalaga clawed away Rodri’s injury-time header but manager Thomas Tuchel can now reflect on a hugely satisfying week as his impressive start at Stamford Bridge gathers momentum.