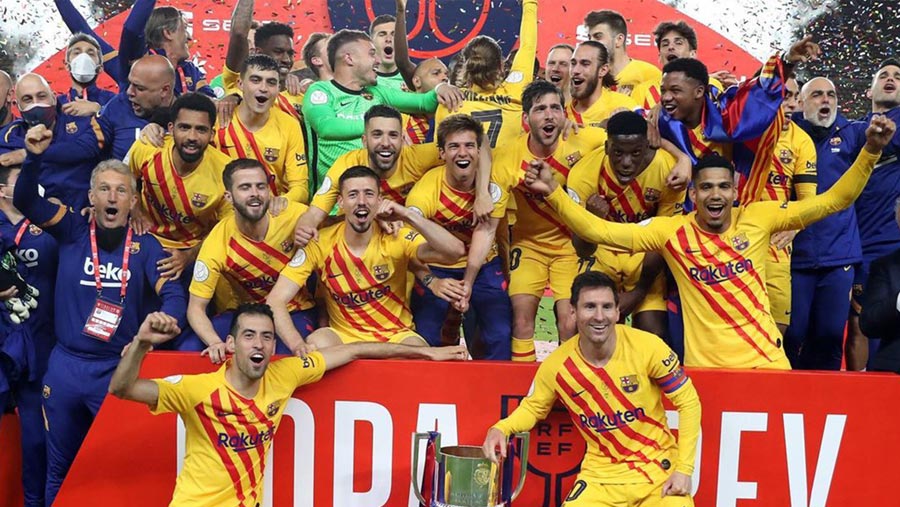 F.C. Barcelona travelled to Sevilla’s deserted Estadio de la Cartuja on Saturday night (Apr 17), to contest the final of the 2021 Copa del Rey with Athletic Club of Bilbao, and in a hectic spell that produced four goals in 12 second-half minutes, won the trophy for the 31st time in their history, but their first time since the 2017/18 season.

Barca were frustrated until the 60th minute when Antoine Griezmann turned in Frenkie de Jong’s cross before De Jong headed in himself three minutes later.

Messi then drove from his own half, exchanged twice with De Jong and found the bottom corner for Barca’s third.

Victory gives Barca their first trophy under manager Ronald Koeman and their first silverware since 2019.

“To win a title is important for me,” said Koeman, whose side are third in La Liga – two points behind leaders Atletico Madrid.

“Despite the changes at the club and the young players, at Barca you have to always fight for trophies.

“We have the first one and now we are going to fight to the last game in La Liga.”

For Athletic is was a second Copa del Rey final defeat in two weeks after they lost to Real Sociedad in the delayed 2020 final on Apr 3.