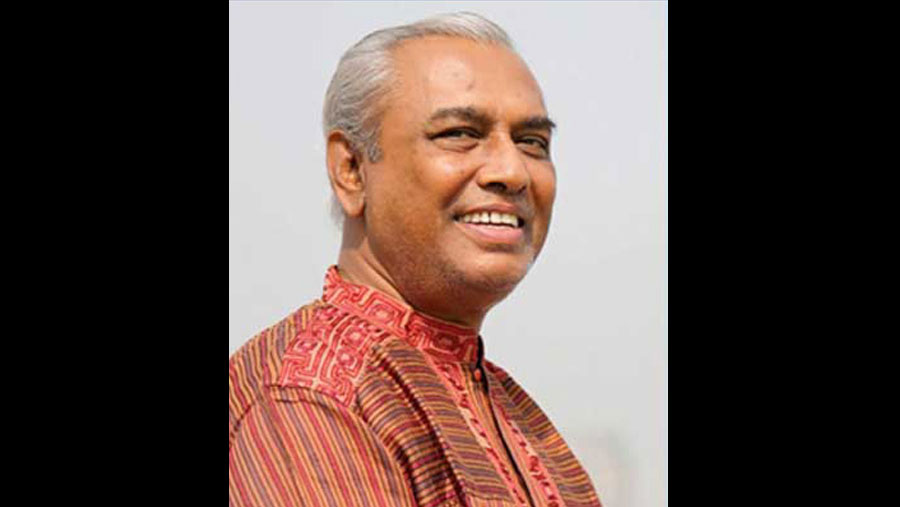 In the early 1950s, Indramohan Rajbongshi learnt music under his grandfather, Krishna Das Rajbongshi. He was adept in Jatra, Palagaan, Nazrul Sangeet and folk songs.

During our Liberation War, he wanted to directly participate, but got caught by the Pakistani forces and was forced to work as a duo-linguist under a different name.

The esteemed artiste received the coveted Ekushey Padak in 2018 for his contribution to Folk music.

Rajbongshi was closely associated with the film industry and worked as a playback singer and lyricist in many short films and feature films produced in Dhaka and Kolkata.

He won the Shilpacharya Zainul Abedin award in 2007 and the World Master Certificate award the same year in South Korea.

Rajbongshi released a series of albums. He established Bangladesh Lok Sangeet Parishad in 1998, aiming to collect, research and preserve the folk songs of Bangladesh.

Prime Minister Sheikh Hasina expressed deep shock and sorrow at the death of Indramohan Rajbongshi. In a condolence message, Sheikh Hasina said the contribution of Ekushey Padak recipient Rajbongshi, also a folk singer and researcher, to developing the country’s folk music will be remembered forever. The PM prayed for salvation of the departed soul and conveyed deep sympathy to the bereaved family.