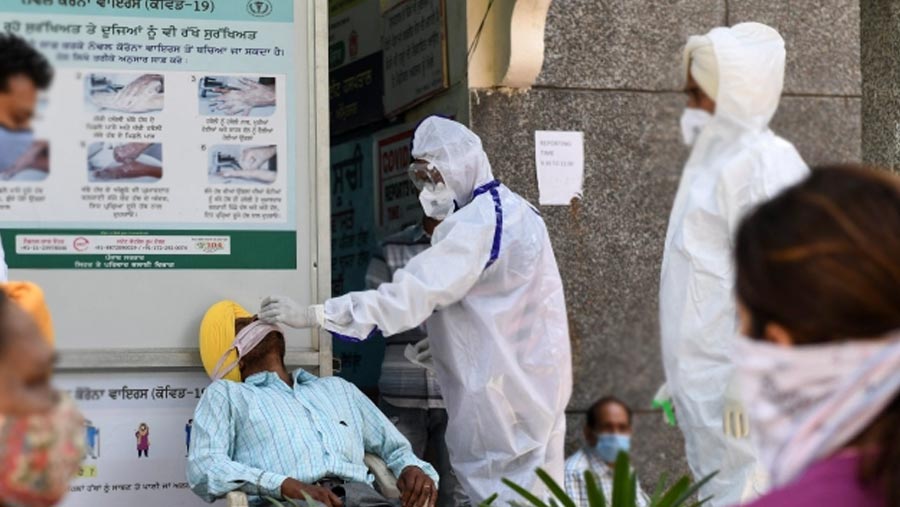 India has reported a record rise in coronavirus infections, becoming only the second country after the United States to register more than 100,000 new cases in a day, as hospitals in its worst affected state are overrun by patients.

The country’s daily Covid-19 cases soared by 103,558 on Monday (Apr 5), the biggest such daily increase, data from the health ministry showed, taking the total to 12.6 million, the highest after the US and Brazil.

India has recorded the most number of infections in the past week anywhere in the world.

The country’s daily infections have leapt about 12-fold since hitting a multi-month low in early February when authorities eased most restrictions and people largely stopped wearing masks and practising social distancing.

India reported more than 90,000 cases every day in September last year – hitting a high of 97,894 cases on Sep 16 – after which infections came down sharply, only to rise again starting late February as the economy reopened fully and new virus mutants spread.