Liverpool cruise to victory at Arsenal 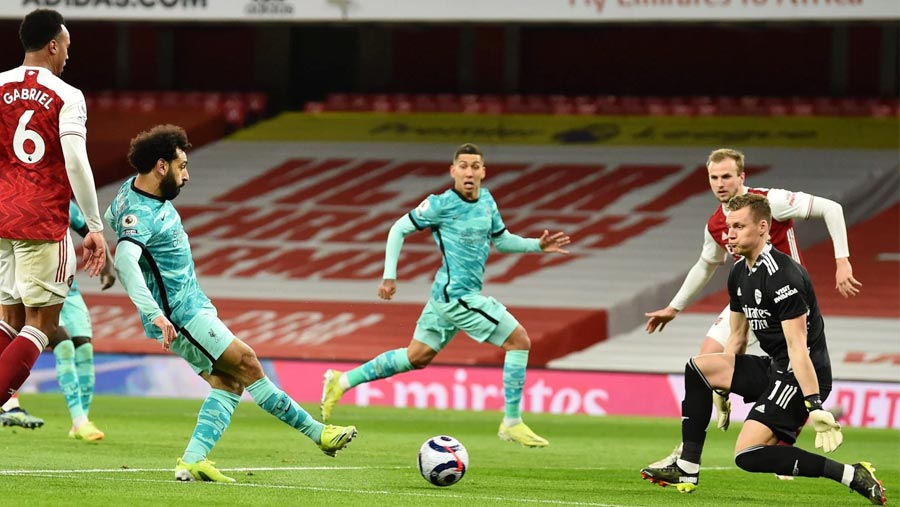 Liverpool climbed to fifth place in the Premier League with a 3-0 victory at Arsenal on Saturday (Apr 3). Substitute Diogo Jota scored twice and Mohamed Salah added another to hand Jurgen Klopp's men a deserved three points over the underwhelming hosts.

Liverpool dominated possession and space for the majority of the first hour and Jota made that advantage count after 64 minutes when he headed home Trent Alexander-Arnold's cross to put the Reds in front.

Salah doubled the lead with an excellent solo effort four minutes later, shrugging off a Gabriel tackle on the right before driving inside and sliding a right-footed shot past Bernd Leno at the near post.

Jota collected his second in the 82nd minute after an Arsenal giveaway in their own half, sweeping home at the far post after running onto a loose ball.