Brazil closes out deadliest month of Covid pandemic by far 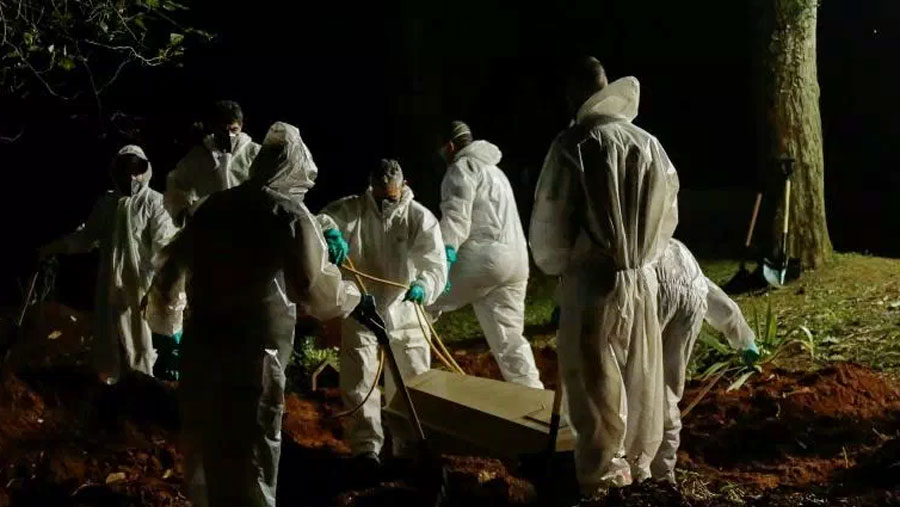 Brazil closed out its deadliest month of the coronavirus pandemic by far on Wednesday (Mar 31), with 66,573 people killed by Covid-19 in March, more than double the previous record.

An explosion of severe cases has overwhelmed many of the country’s hospitals, forcing doctors to make agonizing decisions over whom to give life-saving care and raising fears the new chapter of the crisis could spread beyond Brazil.

The health ministry recorded more than twice as many fatalities in March as Brazil’s second-deadliest month of the pandemic, July 2020, when there were 32,881 deaths.

Brazil’s average daily death toll has more than quadrupled since the start of the year, to 2,976 this week, the highest by far worldwide.

Health experts say the recent surge of cases in the sprawling South American country of 212 million people is partly driven by a local variant of the virus known as P1.

Believed to be more contagious, P1 can re-infect people who have had the original strain of the virus, and has spread to more than two dozen countries, including the United States, Britain and Japan.

As long as the pandemic continues to rage unchecked in Brazil, there is a risk that more variants could emerge in the country, researchers say.