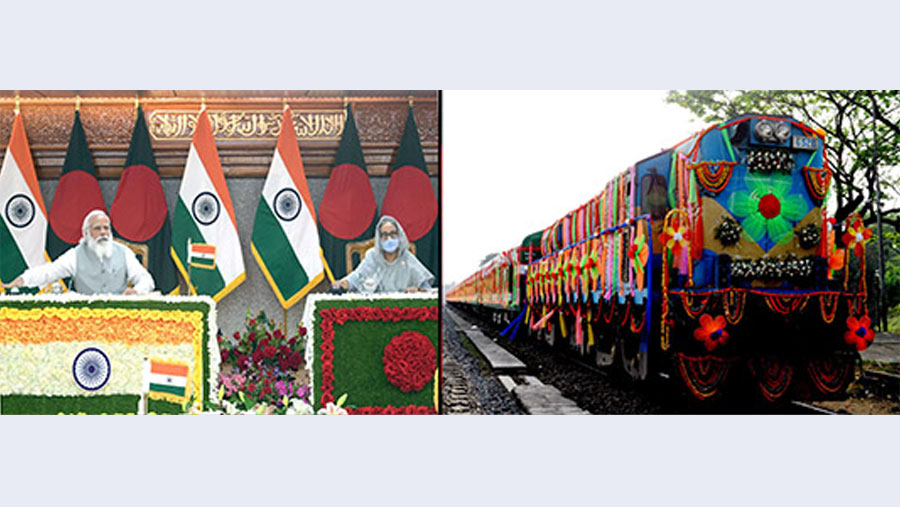 During the opening ceremony, Railways Minister Md Nurul Islam Sujan was present at the PMO.

The nonstop ten-coach train service between Dhaka and New Jalpaiguri will cover a distance of 595km. Through the launching of the new train service, it revived the rail connectivity that was in operation until 1965 between the countries.