Japan to invest more in Bangladesh after Covid situation 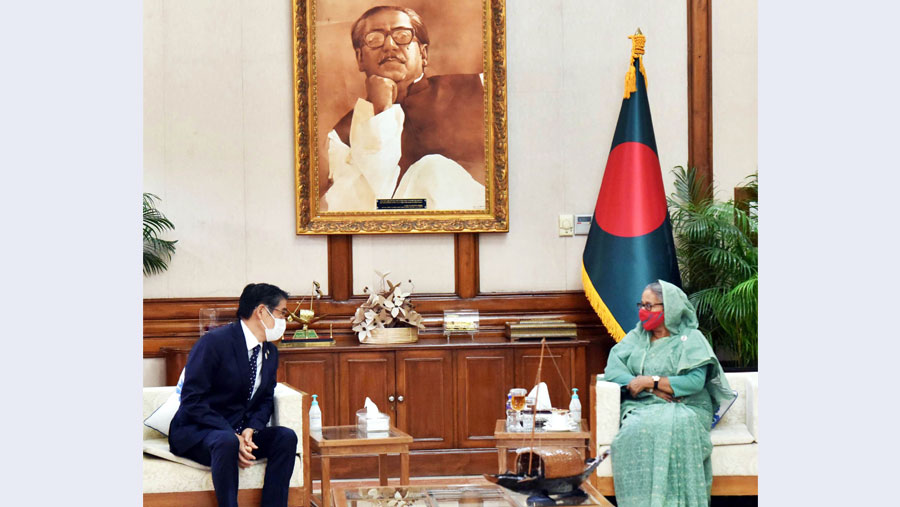 Japanese Ambassador Naoki ITO said his country will make more investment in Bangladesh after the coronavirus (Covid-19) situation is improved.

“Japan will make more investment in Bangladesh after coronavirus situation goes,” he said while paying a courtesy call on Prime Minister Sheikh Hasina at her official Ganabhaban residence in the city. PM’s Press Secretary Ihsanul Karim briefed the newsmen after the meeting, local media reported.

During the meeting, the PM said she wants Japan and Bangladesh to jointly operate the third terminal of the Hazrat Shahjalal International Airport, once it is completed. The Japanese envoy informed the premier that the work of Matarbari project is going on despite the Covid-19 pandemic. He also said that Matarbari will be an industrial hub and a game changer for Bangladesh.

In this connection, Sheikh Hasina said, “It (Matarbari project) will make a great contribution to the economy of Bangladesh after it is ready for operation.”

The Japanese ambassador also informed the premier that the economic zone in Narayanganj’s Araihazar will be ready for operation next year. He added that the Mirershwarai economic zone will be the second largest one for Japan.

Sheikh Hasina conveyed sincere thank to her Japanese counterpart for sending the message and the video documentary.

The PM said Japan was her dream land recalling her early 90’s visit to Japan as the opposition leader.