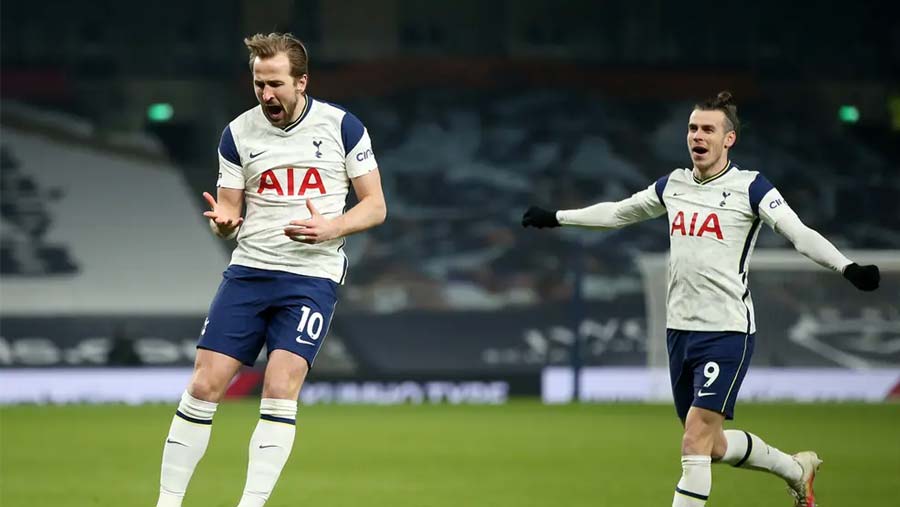 Harry Kane and Gareth Bale starred for Tottenham Hotspur as Jose Mourinho’s side fought back to claim a 4-1 Premier League London derby win over Crystal Palace on Sunday (Mar 7). Bale scored two goals – both assisted by Kane, who also scored two himself – to secure a fourth victory on the trot for Spurs in their pursuit of a top-four finish.

Gareth Bale and Harry Kane both scored twice to inspire Tottenham to a third consecutive Premier League win at the expense of Crystal Palace.

On-loan Real Madrid forward Bale had Kane to thank for both of his goals, opening the scoring with a tap-in from Kane's cross and heading in a superb second from another assist from the England forward.

In between, Christian Benteke had drawn Palace level with their first effort on target with a fine header from Luka Milivojevic's cross.

However, while the returning Wilfried Zaha hit the post for Roy Hodgson's side after being introduced as a substitute they were unable to cope with the firepower at the hosts' disposal.

Kane, who had played the role of provider, opened his account for the evening with a curling 20-yard effort into the top left corner and then dispatched Son Heung-min's cut-back to register his 24th goal of the campaign in all competitions.

The goal rounded off a fine Spurs display and brought up a notable landmark, with Kane and Son now having combined for more goals in a single season than any other duo in Premier League history.

The result lifts Tottenham up to sixth in the table and they are now just two points off a top-four place, with Palace remaining in 13th.