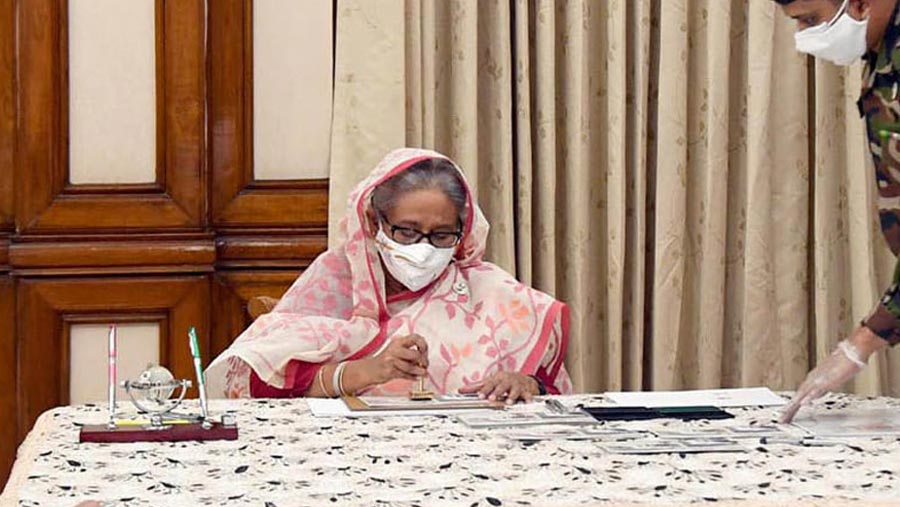 The premier released the stamp, first-day cover and souvenir sheet at her official Ganabhaban residence in the capital in the afternoon. Posts and Telecommunications Minister Mustafa Jabbar was present on the occasion, among others, local media reported.

The stamps, first-day covers and souvenir sheet would be sold from the Philatelic Bureau of Dhaka General Post Office (GPO) from Sunday (March 7) and those would be available at other GPOs and head post offices across the country later.

On this day in 1971, Bangabandhu through his fiery and soulful address made a clarion call to the people to fight against the Pakistani occupation forces to achieve the long-cherished independence.