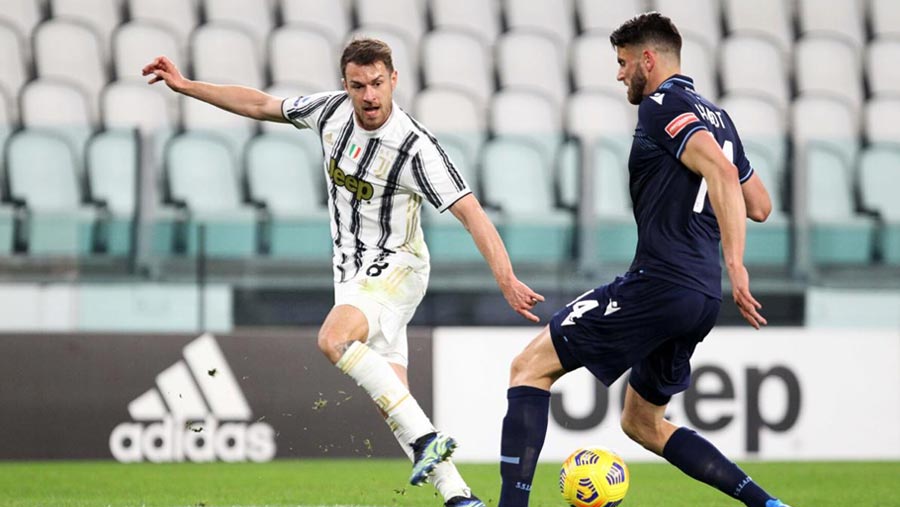 Cristiano Ronaldo got some much-needed rest and Alvaro Morata scored twice for Juventus in a 3-1 comeback win over Lazio in Serie A on Saturday (Mar 6).

Morata finished off a counterattack and then converted a penalty in a three-minute span of the second half.

Joaquin Correa had put Lazio ahead early before Adrien Rabiot equalized for Juventus before the break.

Ronaldo came on only for the final 20 minutes, which should leave him fresh for a Champions League game against Porto on Tuesday, when Juventus needs to overturn a 2-1 first-leg deficit,

The victory moved Juventus within one point of second-place AC Milan, which visits Hellas Verona on Sunday, and within seven points of Italian leader Inter Milan, which hosts Atalanta on Monday.

Juventus had won only one of its last four meetings with Lazio, including a 1-1 draw in November.

Udinese moved into the top half of the table with a 2-0 win over Sassuolo, which is now one spot above the Friuli team. Fernando Llorente scored his first goal since joining from Napoli in January and Roberto Pereyra added another.

Also, Spezia and Benevento drew 1-1 in a matchup of two promoted clubs – helping both to stay clear of the drop zone.