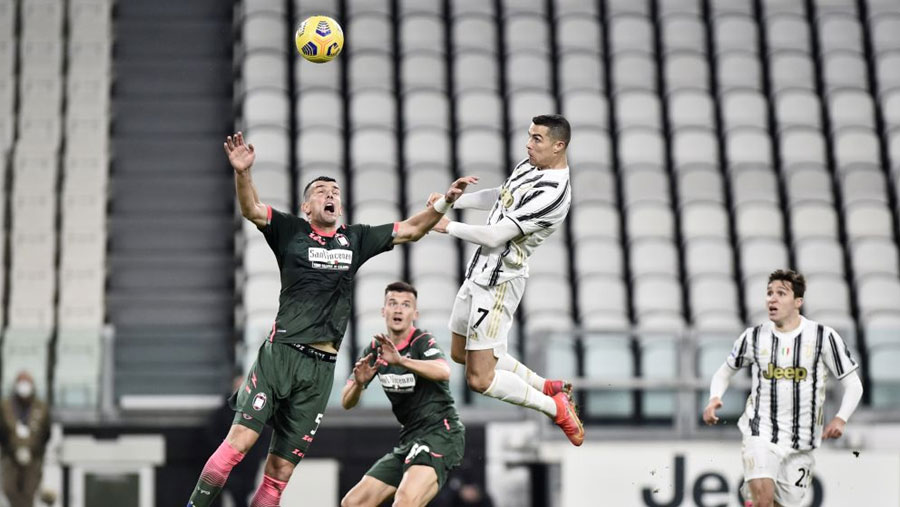 Superstar Cristiano Ronaldo scored twice as Juventus got back to winning ways by beating bottom club Crotone 3-0 in Serie A on Monday (Feb 22).

CR7 turned home an Alex Sandro cross before powering a header in from Aaron Ramsey's ball, his 70th Serie A goal in just over two and a half years.

Crotone are the 78th team in Europe's top five leagues to concede a league goal to Ronaldo.