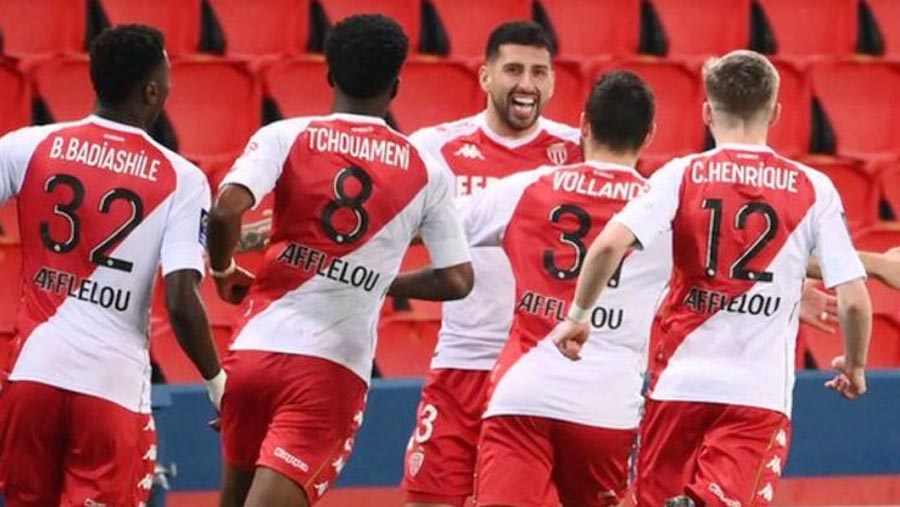 Third-placed Paris Saint-Germain lost ground in the Ligue 1 title race when they slumped to a 2-0 home defeat against Monaco on Sunday (Feb 21) after wins for their main rivals. Five days after humbling Barcelona 4-1 in the Champions League, the French champions lacked stamina and inspiration as they fell four points behind leaders Lille, who have 58 points from 26 games after beating Lorient 4-1 on Sunday. Fourth-placed Monaco, who have now won eight of their last nine league games, prevailed through goals by Sofiane Diop and Guillermo Maripan to move within two points of PSG.

Monaco condemned Mauricio Pochettino to his second defeat as Paris Saint-Germain head coach with a shock win at Parc des Princes in Ligue 1.

Sofiane Diop opened the scoring for the visitors in the sixth minute, heading home Ruben Aguilar's header back across goal from Kevin Volland's cross. And Guillermo Maripan doubled the lead with a second-half side-footed finish after Ander Herrera failed to clear.

The hosts had just one shot on target as Monaco cantered to all three points.

In their first game since their impressive 4-1 win at Barcelona in the Champions League, PSG struggled to create clear-cut chances after Monaco's early opener.

Niko Kovac's side should have been 3-0 up on the hour mark as Volland headed wide when unmarked inside the six-yard box.

Despite dominating possession the champions tasted defeat for the fifth time in the league this season.

And the loss means they stay third, four points behind leaders Lille, who thrashed Lorient 4-1 on Sunday.

Kovac's Monaco are fourth, now just two points behind Pochettino's side. Olympique Lyonnais are second on 55 points following a 3-2 win at Brest on Saturday.