Repatriation is only solution to Rohingya problem: Turkish envoy 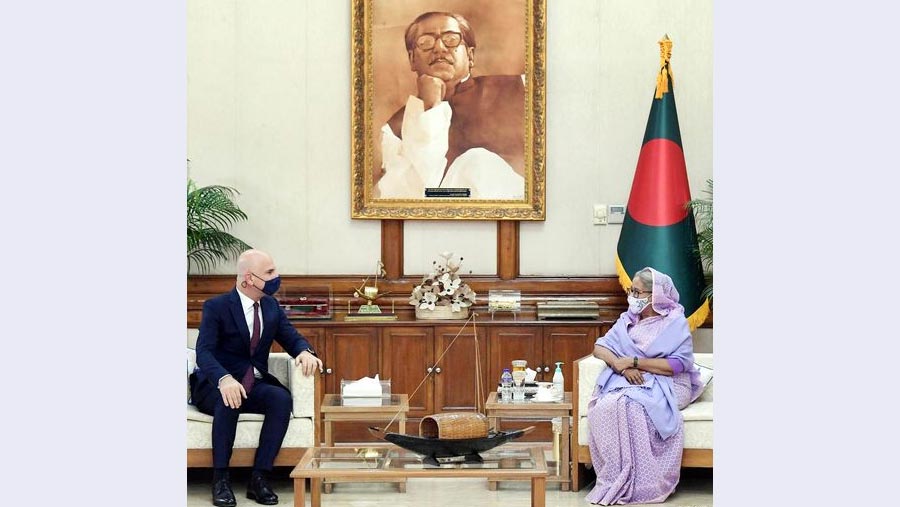 Turkish Ambassador to Bangladesh, Mustafa Osman Turan on Sunday (Feb 7) said the only solution of the Rohingya problem is to repatriate the Myanmar nationals to their homeland.

Turkey will stay beside Bangladesh on the Rohingya issue in the days to come, the envoy said while paying a courtesy call on Prime Minister Sheikh Hasina at her official Ganabhaban residence in Dhaka in the morning.

“Turkey always supports Bangladesh in solving the Rohingya problem and will remain in favour of Bangladesh in future,” he said, quoting the envoy.

Prime Minister Sheikh Hasina expressed her gratitude to the First Lady of Turkey for visiting the Rohingya camps in Cox’s Bazar soon after the Myanmar nationals were forced to take shelters in Bangladesh.

Mentioning the mutual visits by the foreign ministers, the premier expressed her satisfaction over the existing bilateral relations between the two countries and hoped the relations will further strengthen during the stay of the newly appointed ambassador of Turkey to Bangladesh.

Sheikh Hasina expressed her satisfaction after knowing eagerness of Turkish investors to invest in Bangladesh.

The premier thanked the Turkish government for repairing the Naval ship of Bangladesh that was badly damaged in Beirut blast in Lebanon.

Assuring the envoy of giving every supports during his stay in Bangladesh, she wished his success and good health as well.

Taking his first ever assignment as ambassador Mustafa Osman Turan came to Bangladesh and expressed his country’s desire to increase bilateral trade between the two countries.

He said that various trade organisations and business persons have expressed their desire to make investments in Bangladesh.

He mentioned that a Turkish organisation is going to invest 100 million USD in LPG sector in Bangladesh.

To increase investment, a webinar meeting was held on Jan 21 last between Bangladesh’s BIDA and Turkey’s DEIK with participation of Turkish business personnel.

The Turkey envoy expressed his gratitude for naming an important avenue of Bangladesh after the name of former Turkey president Mustafa Kemal Ataturk.