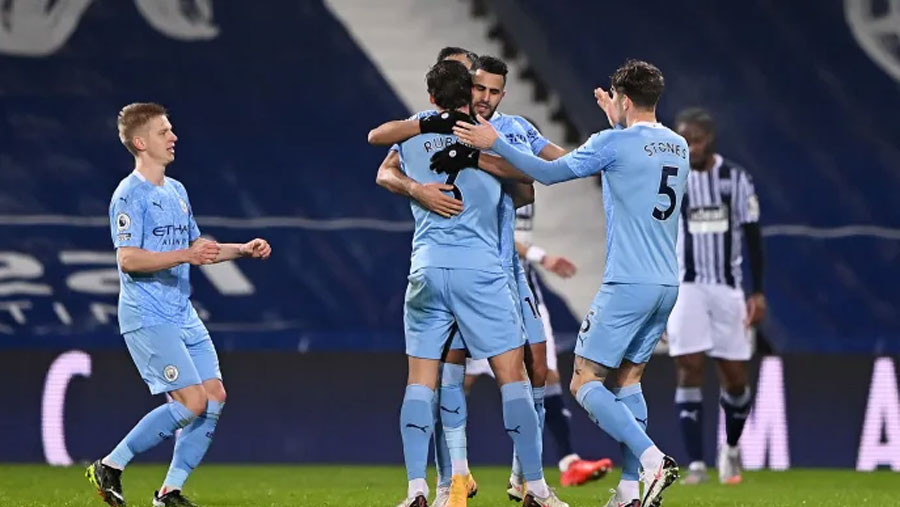 Manchester City returned to the top of the English Premier League after hammering West Bromwich Albion 5-0 on Tuesday (Jan 26). The in-form Ilkay Gundogan scored twice while Joao Cancelo, Riyad Mahrez and Raheem Sterling also netted in the Hawthorns rout. Man City moved above Manchester United, who can reclaim top spot by beating Sheffield United on Wednesday, after an 11th straight victory in all competitions.

Manchester City climbed to the top of the Premier League by handing West Bromwich Albion another home hammering.

No team in Europe's top five divisions has conceded as many goals at home as Sam Allardyce's Albion and they were ruthlessly exposed again by a brilliant attacking display.

For the second week running Man City were the beneficiaries of a contentious offside call but there can be no doubt that they would have routed the hosts regardless.

Ilkay Gundogan continued his inspired run in front of goal with two excellent strikes, Joao Cancelo scored while an offside flag was raised and several players seemed to stop, and Riyad Mahrez powered in a fourth before the break.

Raheem Sterling got in on the act in the second half as City ended a day on top of the table for the first time this season.