Spurs beat Wycombe and into FA Cup fifth round 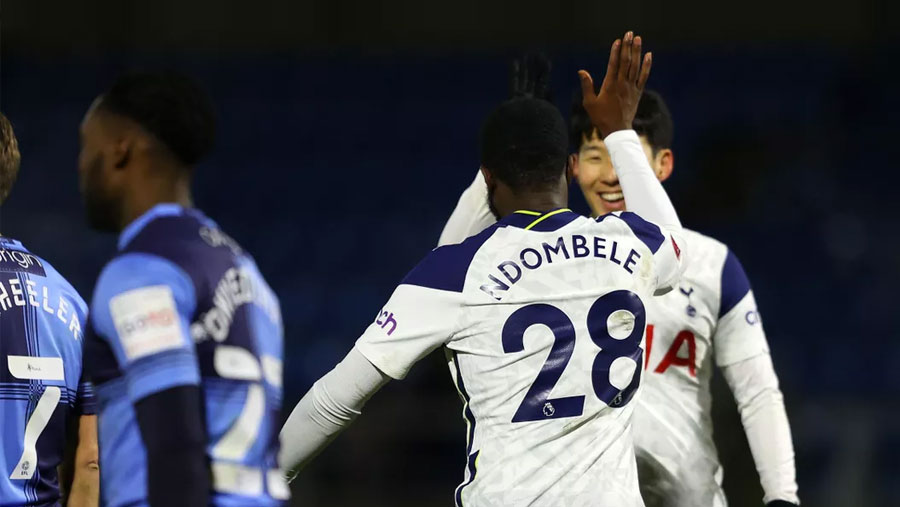 Tottenham Hotspur left it late to see off Championship strugglers Wycombe 4-1 with three goals in the final four minutes to reach the FA Cup fifth round on Monday (Jan 25).

Jose Mourinho took the chance to leave Harry Kane, Son Heung-min and Tanguy Ndombele on the bench with Spurs facing a brutal schedule across four competitions in the coming months.

But all three were needed in the second-half to get past a Wycombe side that have won just three times in 23 games in the second-tier Championship this season.

Gareth Bale was given a rare start in his second spell at Spurs by Mourinho, but the on-loan Real Madrid winger missed three big chances early on to give the visitors the lead.

Instead, Tottenham were forced to come from behind when Fred Onyedinma swept home at the far post on 25 minutes.

Japhet Tanganga and Moussa Sissoko struck the crossbar as chances continued to come and go for Mourinho’s men until Bale made amends for his earlier misses by equalising in first-half stoppage time.

Tottenham host Liverpool in the Premier League on Thursday, but Mourinho held nothing in reserve as he tries to end the club’s 13-year wait for a trophy by sending on Kane, Son and Ndombele after the break.

An extra 30 minutes were the last thing Spurs needed and they finally made the breakthrough when Harry Winks curled home from the edge of the area after Kane had been denied by Ryan Allsop.

Ndombele has been a player transformed in recent weeks after a difficult first season in England following his move from Lyon for Tottenham’s club record fee.

The Frenchman tapped home Son’s pass to make it 3-1 and then showed stunning footwork to bamboozle the Wycombe defence and fire in at the near post in stoppage time.

Spurs will face Everton away in the last 16 next month.