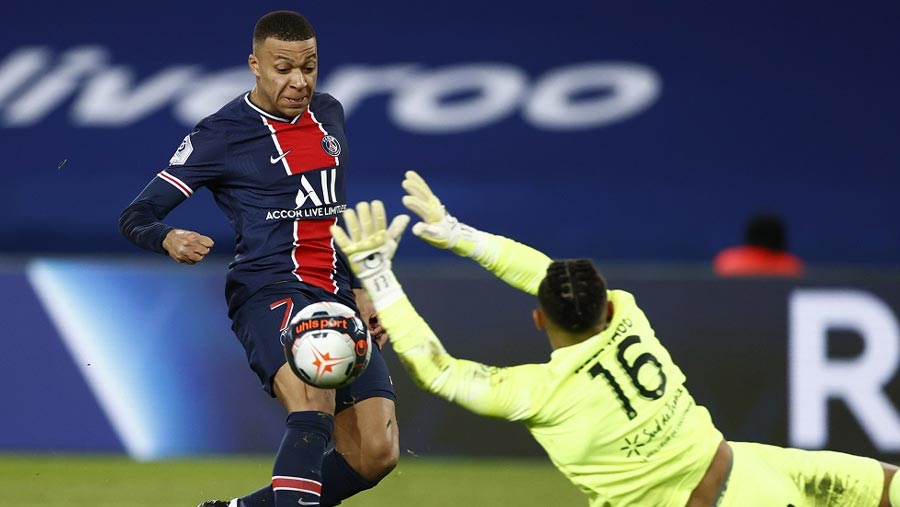 Paris Saint-Germain scored three goals in a four-minute blitz in the second half as they demolished 10-man Montpellier 4-0 on Friday (Jan 22) to go three points clear at the top of Ligue 1.

Paris Saint-Germain moved three points clear at the top of Ligue 1 and boosted their goal difference with a thrashing of 10-man Montpellier on Friday (Jan 22).

Kylian Mbappe scored twice with Neymar and Mauro Icardi also on target for Mauricio Pochettino's side.

Montpellier goalkeeper Jonas Omlin was sent off with the game goalless.

Omlin was shown a yellow card for bringing Mbappe down outside of the area, but that was made red after the referee viewed the pitchside monitor.

Mbappe broke the deadlock soon after with a neat touch and dinked finish from Angel Di Maria's pass. PSG then added three second-half goals in as many minutes.

Neymar finished a neat move, Icardi hammered home from Alessandro Florenzi's cross and Mbappe tapped in for his second following a swift break.

Lille will move level on points with PSG if they beat Stade Rennais away on Sunday.