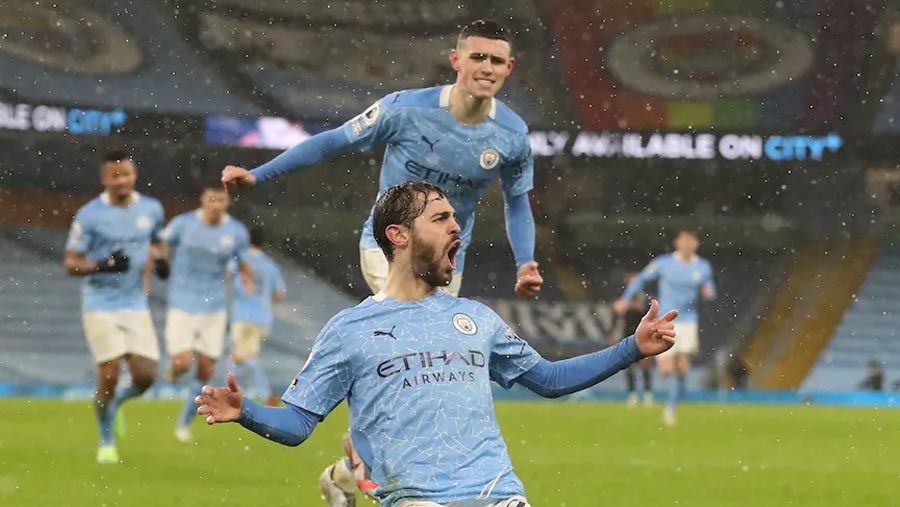 Late goals from Bernardo Silva and Ilkay Gundogan ended Aston Villa's resistance as Manchester City moved top of the Premier League for the first time this season – for a couple of hours before neighbours United regained the leadership.

Pep Guardiola's side were knocked off the summit later on Wednesday as Manchester United beat Fulham, but the determination they showed to claim their sixth successive league win underlined that they are here to stay in this title race.

Villa's first team, playing their first game since New Year's Day because of a coronavirus outbreak at the club, showed no after-effects of their 19-day hiatus and produced a dogged defensive display.

They held out until the 79th minute, when Rodri controversially stole the ball off Tyrone Mings and fed Bernardo, who brilliantly fired into the top corner from the edge of the box.

Rodri was offside before he returned to an onside position to challenge Mings and Villa manager Dean Smith was sent off for his protests.

It meant he was not there to see Gundogan make sure of the points from the spot soon afterwards after Matty Cash handled a Gabriel Jesus header, in what was a far more straightforward decision for referee Jon Moss.