Man Utd back to top of Premier League table 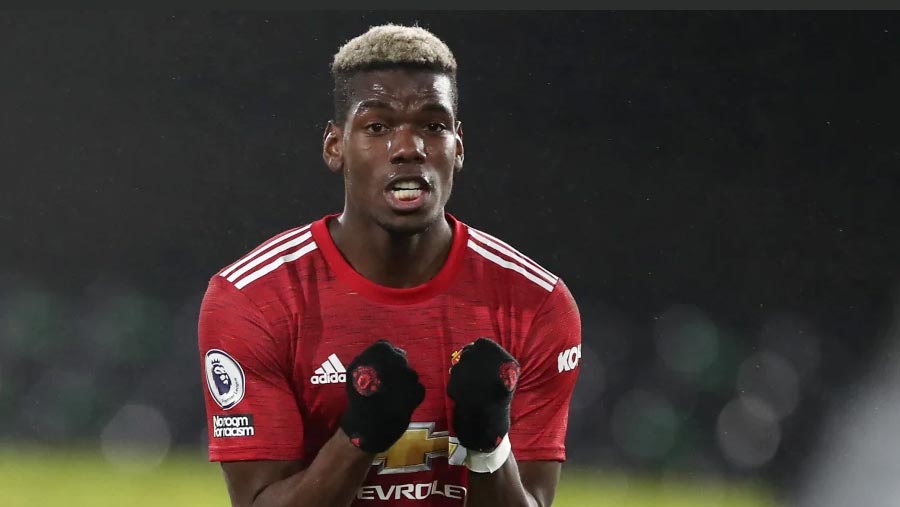 Paul Pogba is producing some of the best football of his turbulent Manchester United career – and it is keeping the team at the top of the Premier League. Just minutes after he was seen racing back 40 metres to win the ball back and thwart a dangerous-looking counterattack, Pogba collected the ball just outside the corner of the penalty area with three Fulham players near him. Pogba twisted and turned, manoeuvring himself into a pocket of space before unleashing a powerful left-foot shot that curled into the far corner and sealed Man United’s comeback in a 2-1 win at Craven Cottage on Wednesday (Jan 20).

Paul Pogba scored a superb winner as Manchester United reclaimed top spot in the Premier League by coming from behind for a club-record equalling away win at Fulham.

In what is becoming a familiar pattern for Ole Gunnar Solskjaer's side outside Manchester this season, they fell behind early in the game, with Ademola Lookman beating the offside trap before firing in an angled drive.

But for the seventh time away from Old Trafford in 2020-21, United found a winning response – taking their run to 17 games unbeaten away in the Premier League – courtesy of a gift from their opponents and a bit of magic from their French midfielder.

Goalkeeper Alphonse Areola has been a good addition for the Cottagers but in dropping Bruno Fernandes' cross at the feet of Edinson Cavani, he gifted his former Paris Saint-Germain team-mate the simplest of equalisers.

And on the hour mark, Pogba stepped up to decide the contest, firing a superb angled drive across the diving Areola and into the far corner from 20 yards.

The France international has come in for criticism at times this season but received nothing but praise from his manager after his winner.

"I am very happy with his performances," said Solskjaer.

"I know what he can do. He does everything. Now he is putting all the elements together in his performances and it is great to see.

"It was about getting him fit. He is enjoying his football, he is happy and physically in a good shape."

The win takes United to 40 points, two more than both Leicester and Manchester City, who had briefly taken top spot from the Foxes with a 2-0 win over Aston Villa on Wednesday.

Solskjaer, though, was reluctant to get drawn into discussing his side's title credentials with so much of the campaign to go.

"It is always going to be talked about that when you are halfway through and top of the league, but we are not thinking about this, we just have to go one game at a time," he added. "It is such an unpredictable season."