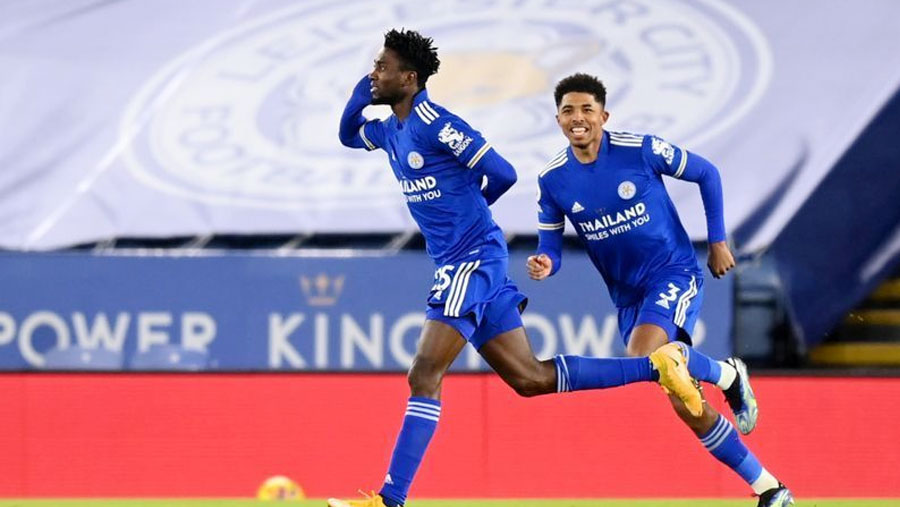 Leicester moved top of the Premier League by inflicting another damaging 2-0 defeat on Chelsea on Tuesday (Jan 19), to leave manager Frank Lampard fighting to remain in charge at Stamford Bridge. The Blues have now won just two of their last eight league games to fall to eighth, nine points behind the leaders.

Leicester City moved to the top of the Premier League table and increased the pressure on struggling Chelsea manager Frank Lampard with an impressive victory at The King Power Stadium.

The Foxes knew a win would see them overhaul Manchester United and they were on their way after only six minutes when Wilfred Ndidi fired in off the inside of the post from 20 yards.

Chelsea rarely threatened, although they were denied a first-half penalty by VAR when Christian Pulisic went down under a challenge from Jonny Evans, only for the technology to confirm the offence took place just outside the area.

Chelsea barely raised a gallop after the break and it was Leicester who created the better openings as James Justin headed wide when unmarked and Mendy saved from Youri Tielemans.

Leicester are now a point ahead of Manchester United having played a game more while Chelsea are in eighth, five points off the Champions League places.