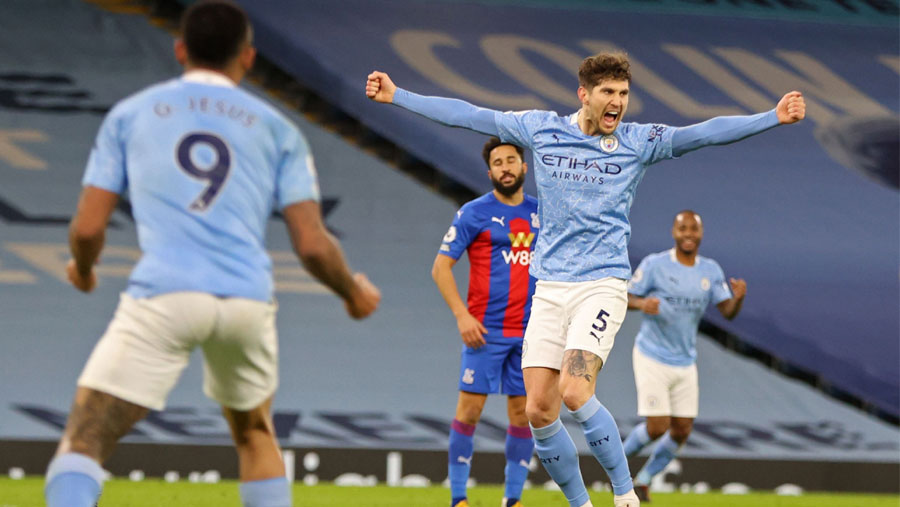 The resurgence of John Stones continued on Sunday (Jan 17) as he scored twice in a 4-0 win against Crystal Palace, with Kevin De Bruyne registering his 100th Manchester City assist.

Stones opened the scoring with a header from Kevin de Bruyne's delightful cross as the Belgian made it 100 assists in all competitions since joining the club in 2015.

The hosts were already in complete control when Ilkay Gundogan added a superb second from the edge of the box shortly after the break.

Stones, having previously never scored in the Premier League for City, then smashed in his second from a corner before Raheem Sterling curled in a free-kick for City's fourth.

Guardiola's side can go top if they win their game in hand, while defeat means Crystal Palace remain 13th.