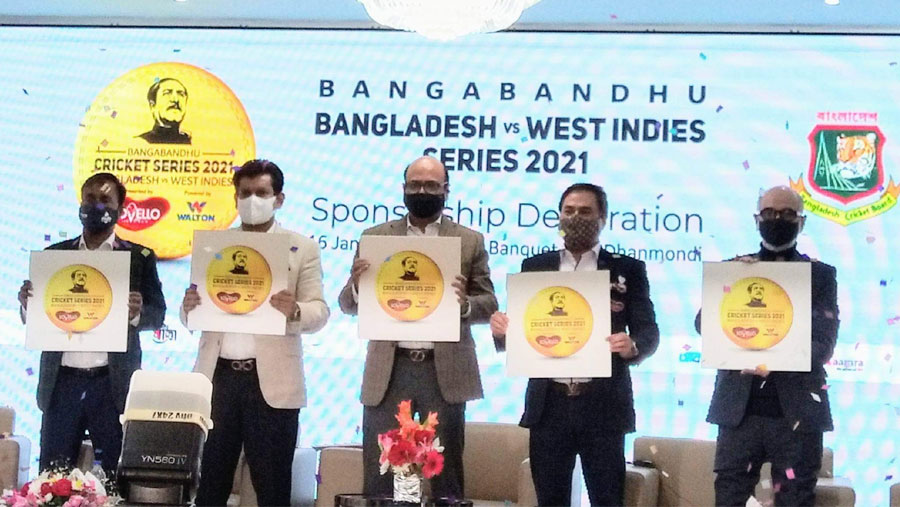 The forthcoming series between Bangladesh and West Indies was named after the Father of the Nation Bangabandhu Sheikh Mujibur Rahman in a bid to mark the birth centenary of the best Bengali of the millennium.

The title of the upcoming series is ‘Bangabandhu Cricket Series 2021 Bangladesh vs West Indies’.

Bangladesh Cricket Board is mulling to dedicate not only the series but also all the domestic and international cricket matches organised by the board this year in the name of Bangabandhu.

The much awaited Bangladesh-West Indies series is on Jan 20 as the Tigers made a return to International cricket with the series after a 10-month break due to the Covid-19 pandemic.

Jalal Yunus, chairman of the BCB’s media committee, said this while announcing the title sponsor of the Bangladesh-West Indies series on Saturday (Jan 16), local media reported.

“We want to dedicate as many games as we can to in the name of Bangabandhu. That’s why we named the West Indies series after him,” Jalal Yunus said.

“We had already dedicated a T20 tournament in the name of Bangabandhu. Now the other domestic tournament will be named after him,” he said.

Meanwhile, Lovello Ice Cream was named as the title sponsor of the series, powered by Walton. Advertising firm Matra is there for title and ground branding.