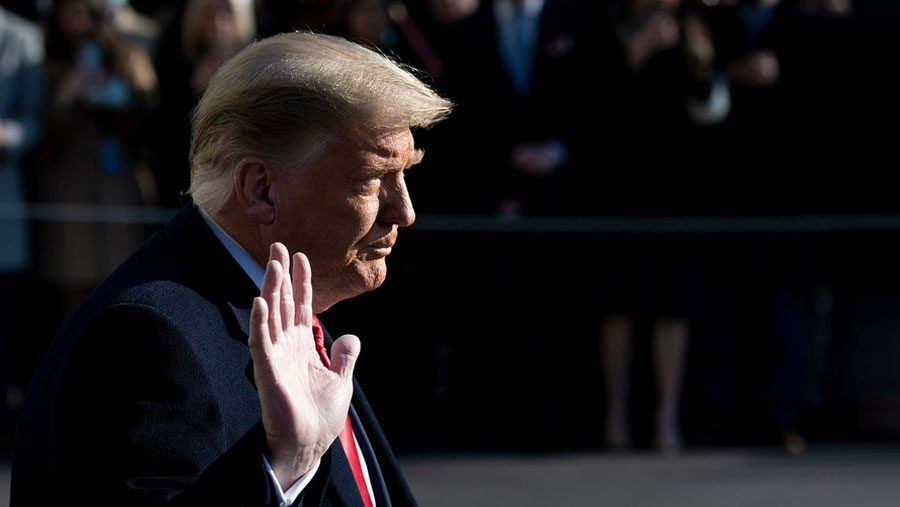 Donald Trump became the first US president in history to be impeached twice when the US House of Representatives voted Wednesday (Jan 13) to charge him with inciting last week’s mob attack on Congress.

The US House of Representatives has impeached President Donald Trump for "incitement of insurrection" at last week's Capitol riot.

Ten Republicans sided with Democrats to impeach the president by 232-197.

But his trial in the Senate will not happen until after Joe Biden, a Democrat, is inaugurated as the new US president next week.

Mr Trump, a Republican, is the first president in US history to be impeached twice.

The Democratic-controlled House voted on Wednesday after two hours of impassioned debate as armed National Guard troops kept watch inside and outside the Capitol.

The FBI has warned of possible armed protests planned for Washington DC and all 50 US state capitals ahead of Mr Biden's inauguration on Jan 20.

In a video released after the vote in Congress, Mr Trump called on his followers to remain peaceful, without mentioning his impeachment. "Violence and vandalism have no place in our country... No true supporter of mine would ever endorse political violence," he said, striking a sombre and conciliatory tone.