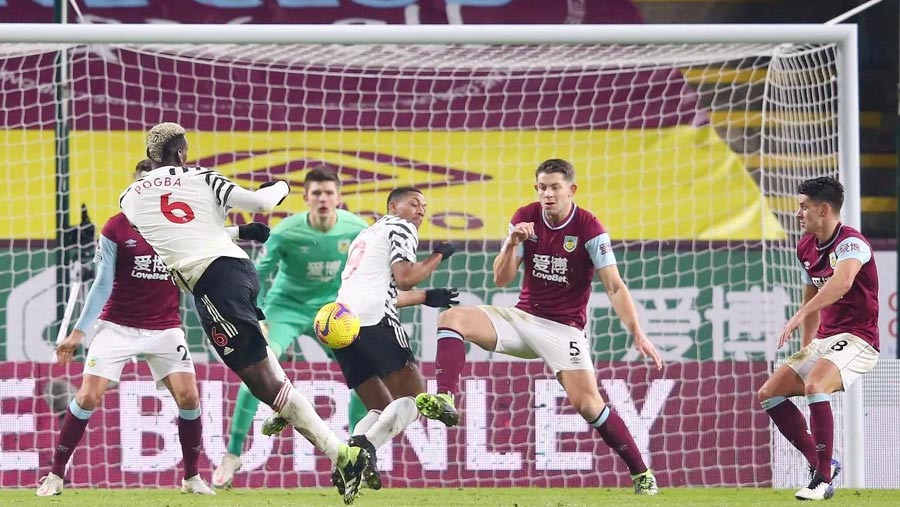 Manchester United moved three points clear at the top of the Premier League after a Paul Pogba goal gave them a hard-fought 1-0 win over Burnley at a freezing Turf Moor on Tuesday (Jan 12). The victory, in the re-arranged fixture, put Man United on 36 points from 17 games with rivals Liverpool on 33 points ahead of the clash between the two sides at Anfield on Sunday.

Paul Pogba's second-half volley was enough to give Manchester United victory at Burnley and send them three points clear at the top of the Premier League.

Man United dominated a contest in which Burnley failed to register a single shot on target until stoppage time. But they were struggling to make a breakthrough until Marcus Rashford picked Pogba out with an excellent cross to the edge of the area. The Frenchman's connection was perfect, although it took a deflection off Matthew Lowton to ensure the ball went past Nick Pope and into the Burnley net.

Although Burnley had three decent chances in a frantic ending, United secured the win to head the table after 17 rounds of matches.

It is the first time that has happened this many games into the season since December 2012, in Sir Alex Ferguson's final, title-winning campaign.