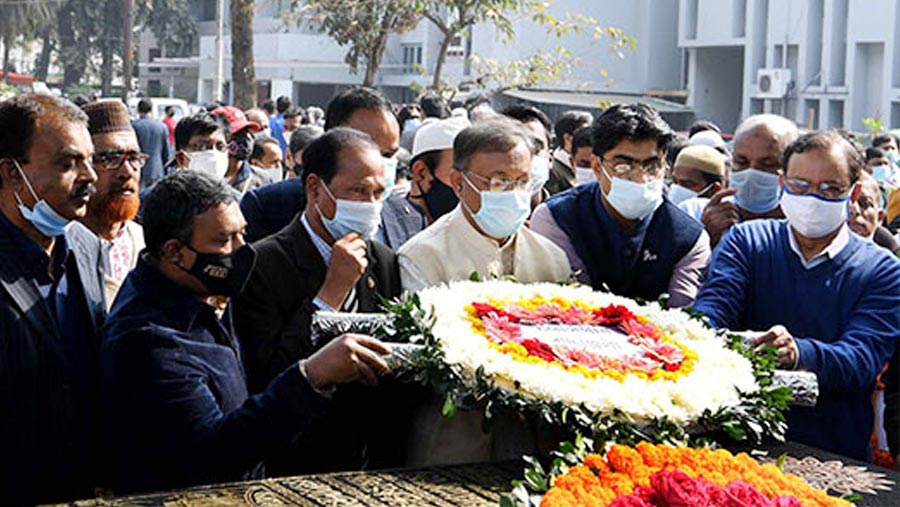 Information Minister Dr Hasan Mahmud on Tuesday (Jan 12) said eminent journalist, writer and researcher Mizanur Rahman Khan will live forever through his research works on various issues, including constitution, law and human rights. The minister made the comment before paying placing wreath on the coffin of journalist Mizanur Rahman Khan at Jatiyo Press Club in the capital. Later, Hasan took part in the Namaz-e-Janaza of Mizanur Rahman.

Terming the journalists of the country ‘brave persons’, Hasan said many journalists died due to coronavirus while hundreds more have been infected with the virus. “But I didn’t see them to get scared while discharging duties. Mizanur Rahman Khan also worked and made reports until his death. And he will live forever through his works,” he added.

During his speech, the minister became emotional.

The minister prayed for eternal peace of the departed soul and conveyed deep sympathy to the bereaved family.