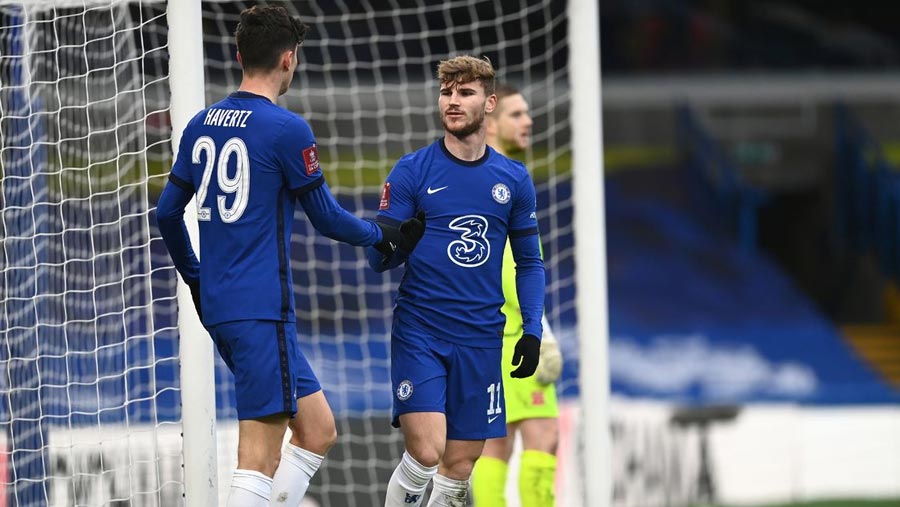 Leeds suffered a humiliating FA Cup exit against Crawley as the League Two side swept to a shock 3-0 win, while Timo Werner ended his Chelsea goal drought and Bernardo Silva sparkled for Manchester City as the Premier League giants eased into the fourth round on Sunday (Jan 10).

After the spiking coronavirus pandemic wreaked havoc with matches across the third round on Friday and Saturday, the FA Cup was back on more familiar ground as Leeds became the competition’s latest big name to be knocked out by a feisty underdog.

Crawley’s unexpected success encapsulated the FA Cup’s unique charm and football’s restorative powers at a time when the sport is badly in need of some positive news.

Numerous clubs have been hit by Covid-19 problems as the new variant sweeps across Britain, forcing Aston Villa and Derby to field entire teams of youth players while their senior stars went into self-isolation.

Villa’s kids were beaten by Liverpool on Friday and Derby’s youngsters lost to non-league Chorley, with Southampton’s tie against Shrewsbury postponed after a virus outbreak at the League One side.

Despite calls for the English season to be halted while the virus is contained, the FA Cup goes on for now and Crawley relished their chance to steal the spotlight.

Leeds sit 12th in the Premier League after a fine first season back in the top-flight, but boss Marcelo Bielsa paid the price for making seven changes at The People’s Pension Stadium in leafy Sussex.

Crawley, sixth in League Two, had survived an incredible 6-5 win against Torquay in the FA Cup first round, but this victory was even more remarkable.

On a fairytale day for Crawley, it was fitting that Nick Tsaroulla should open the scoring with his first career goal in the 51st minute.

Jordan Tunnicliffe delivered the final blow in the 70th minute, forcing the ball into the roof of the net after Leeds failed to clear a Sam Matthews free-kick.

It is not the first time Leeds have endured FA Cup ignominy after Don Revie’s stars were famously eliminated by Colchester in 1971, while the club’s 2008 side were embarrassed by Histon and the 2017 squad lost to Sutton.

Werner back on track

Chelsea, eight-time winners of the FA Cup and runners-up last season, showed Leeds how to deal with an upset threat as they thrashed League Two team Morecambe 4-0 at Stamford Bridge.

Two-time world heavyweight boxing champion Tyson Fury has a gym at Morecambe’s Mazuma Stadium, but it was Chelsea who delivered the knockout blows.

Mason Mount marked his 22nd birthday in memorable fashion as the midfielder fired in from 25 yards in the 18th minute.

Werner finally got on the scoresheet in the 44th minute, bundling home after Kai Havertz headed into his path.

Callum Hudson-Odoi struck in the 49th minute and Havertz got the fourth in the 85th minute.

Romantics looking for a shock at the Etihad Stadium were left disappointed as Manchester City cruised to a 3-0 win against second tier Birmingham.

Pep Guardiola made four changes from the team that beat Manchester United in the League Cup semi-finals on Wednesday.

Bernardo Silva was one of those who came in and he opened the scoring with a superb half-volley after eight minutes.

Silva struck again with a close-range finish in the 15th minute and Phil Foden got the third in the 33rd minute.

It is the biggest gap – 161 places – between opponents in FA Cup history.

Marine’s squad is made up of teachers, NHS staff, bin men and factory workers, with the highest-paid player earning between £200 and £300 a week.

If Marine cause the biggest shock in FA Cup history, fans in the Merseyside town of Crosby should look out for goalkeeper Bayleigh Passant, who visited a local shop to get beers to celebrate his side’s second round win – still dressed in his full kit.