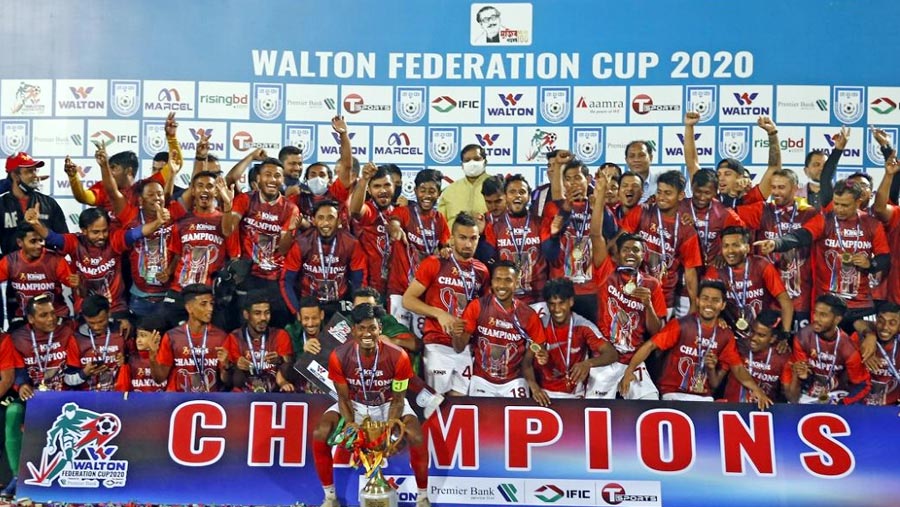 Argentine striker Raul Becerra was on target in the 52nd minute to take his goal-scoring tally to five goals – to finish on par with Saif’s Nigerian forward Kenneth Ikechukwu as the top scorer.

Both teams came into the tie boasting perfect win records with the Kings reaching their third consecutive final while it was Saif’s first outing.

Head coach Oscar Bruzon had high praise for his Bashundhara Kings side and also singled out goalkeeper Anisur Rahman Zico for his heroics in keeping Saif at bay.

“This victory in this current situation [Covid-19 pandemic] will make us more confident and will inspire us to win upcoming titles,” said Bruzon.

“Bashundhara Kings are a balanced team. We have wonderful players in all departments. Zico was fantastic in the final."

Saif head coach Pal Put said Kings’ experience and the brilliance of Zico made the difference in the final.

“It is mainly their experience [Kings] that determined the result of the game. They played a mature game, especially their keeper Zico saved well. He made the difference.”