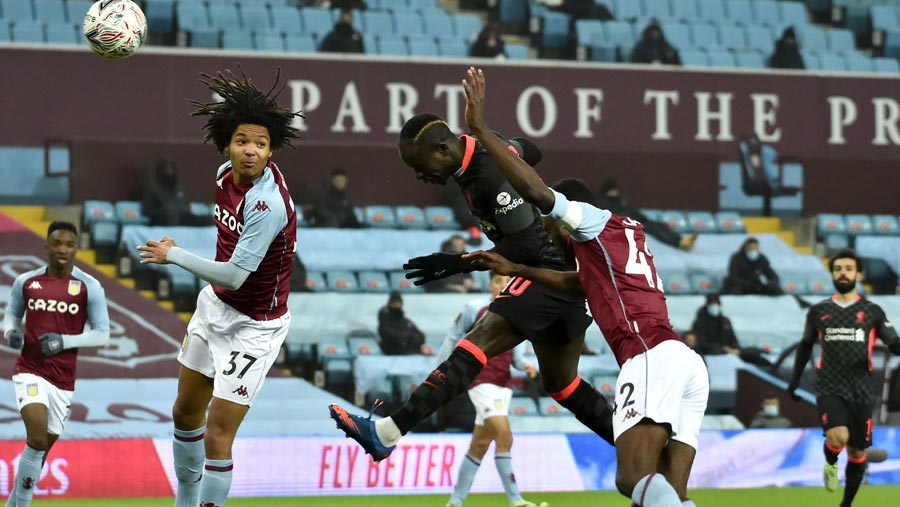 Liverpool were expected to win comfortably as they took on an Aston Villa youth side in the FA Cup, and they eventually sealed a 4-1 victory to reach the fourth round on Friday (Jan 8).

Liverpool reached the FA Cup fourth round with a comfortable victory over a Covid-affected Aston Villa – but it took until the second half to get on top of a home side made up of academy players with no first-team experience.

A coronavirus outbreak at their training ground this week meant no first-team players were available to Villa, with the club fielding a starting XI composed of seven under-23 players and four from the under-18s.

But despite conceding in the fourth minute when Sadio Mane headed in, they remained resolute in defence for the rest of the half and then stunned the visitors when 17-year-old Louie Barry equalised.

The England Under-17 striker, born just a few miles from Villa Park, signed for the club last January for more than £800,000 having had a spell with Barcelona's academy. His composed finish four minutes before the break was as assured as would be expected from Lionel Messi.

Unfortunately for Villa, the youngsters tired and the Reds exerted more pressure in the second half, scoring three goals in a five-minute spell after the break.

Georginio Wijnaldum stroked in Liverpool's second on the hour mark before Mane looped in a header and Mohamed Salah struck home a low shot from inside the area.