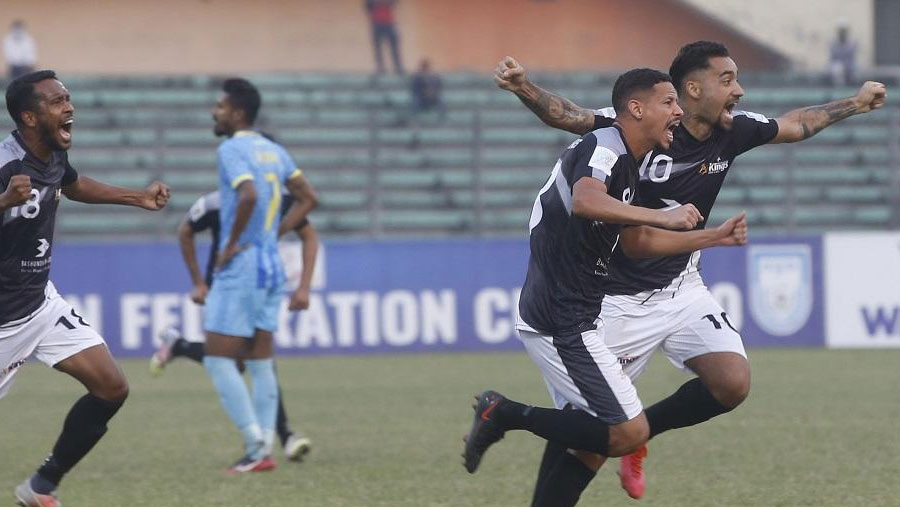 The Kings will face Saif Sporting Club in the grand finale of the season opening Federation Cup Sunday (Jan 10).

The clash between the two domestic giants was locked at 1-1 after the end of normal time; Abahani drawing first goal at the half hour mark through Brazilian striker Francisco, who sidefooted home from a pass from Haitian Kervens Belfort.

Bashundhara Kings brought parity in the 51st minute through Brazilian attacker Jonathan Fernandes after a fine individual run into the box and a sumptuous finish, although it was initially rewarded to Chilean striker of Argentine origin, Raul Beccera.

Raul first gave the Kings the lead in the 110th minute after fine build-up play down the right flank before a melee ensued moments later when Bangladesh striker Nabib Newaj Jibon found the back of the net from an off-side position.

Fernandes hammered the final touch to continue the Kings’ celebrations.