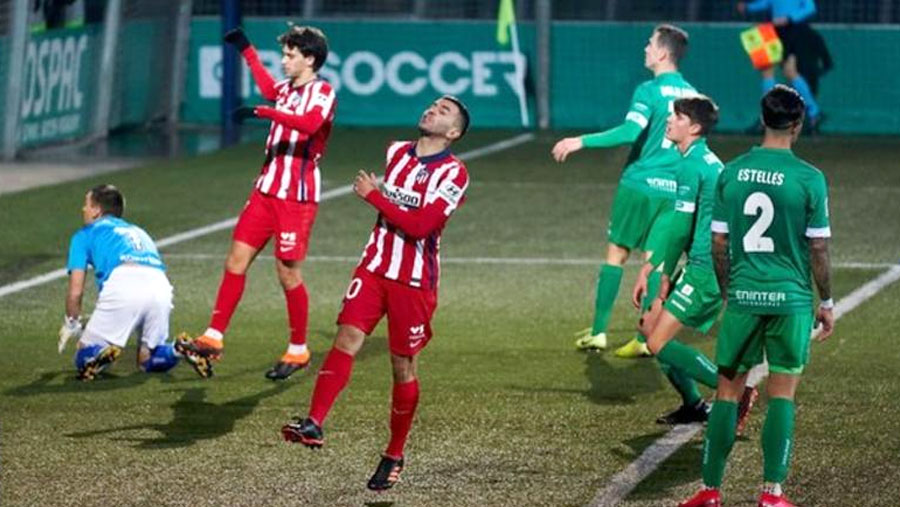 Atletico Madrid was ousted from the Copa del Rey by third-tier side Cornella on Wednesday (Jan 6). Diego Simeone's side are currently two points clear at the top of LaLiga but were caught cold by the Barcelona-based club two divisions below them.

La Liga leaders Atletico Madrid suffered a shock exit in the second round of the Copa del Rey as they were beaten by third-tier UE Cornella.

Adrian Jimenez scored the only goal after seven minutes when he flicked an Agustin Medina free-kick into the net.

Atletico had to play the final 27 minutes with 10 men after Ricard Sanchez was sent off for two bookable offences.

It is the second consecutive season Atletico have been eliminated from the cup by a third-tier team, after losing to Cultural Leonesa last year.