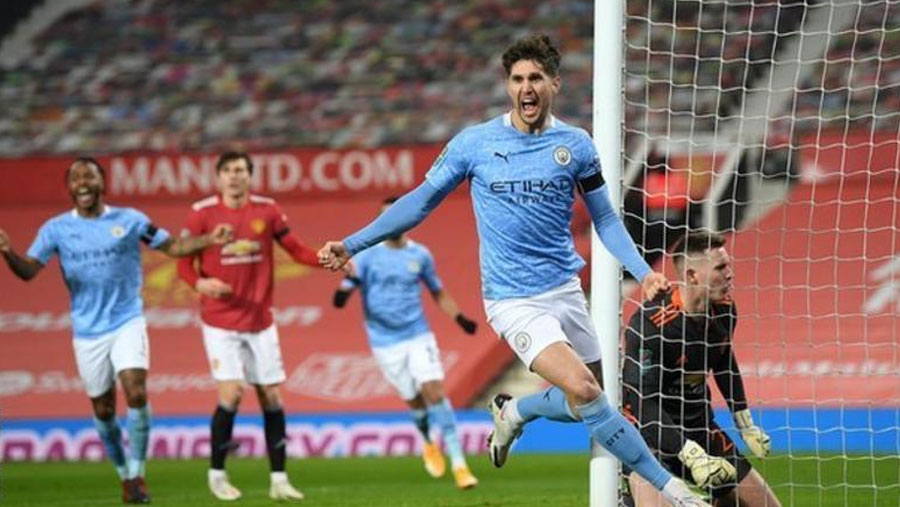 Manchester City deservedly beat Manchester United to reach the Carabao Cup final and will now face Tottenham Hotspur at Wembley as they look to win the competition for a fourth straight year.

Second-half goals from John Stones and Fernandinho secured their progress as Man City cut loose after a first period in which both sides had goals disallowed.

Pep Guardiola's side looked the more likely scorers afterwards, despite United's increasing desperation, and when Anthony Martial and Aaron Wan-Bissaka could only combine to clear a corner to the edge of their own box, Fernandinho drilled a first-time volley into the bottom corner from 20 yards.

City will equal Liverpool's record of winning the League Cup four times in a row if they beat Jose Mourinho's Spurs on Sunday, Apr 25.

It will be a first final meeting between Guardiola and Mourinho since 2011, when the current Spurs boss' Real Madrid side denied Barcelona the treble by winning the Copa del Rey.

It was a disappointing night for United boss Ole Gunnar Solskjaer, whose side have now lost four cup semi-finals in the past 12 months and failed to heed their manager's call to win some silverware as tangible proof of their recent improvement.