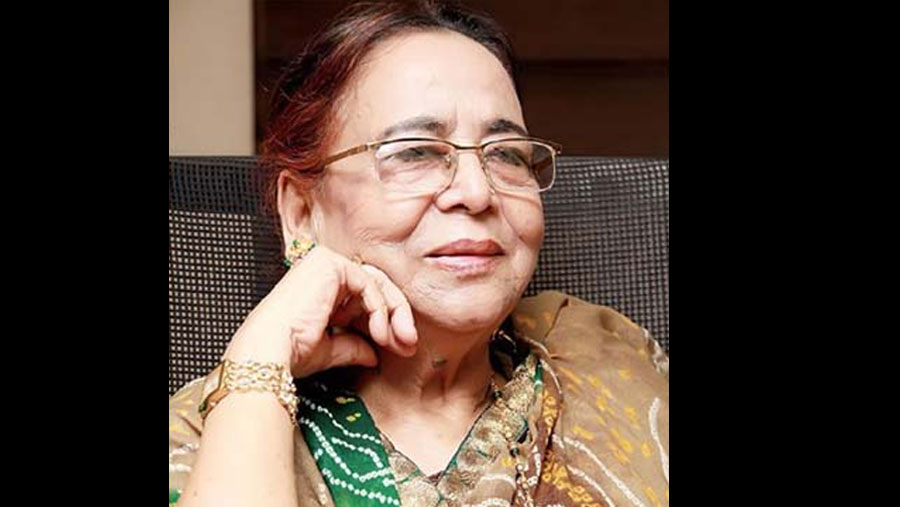 Eminent Bangladeshi novelist Rabeya Khatun died in the capital on Sunday (Jan 3) afternoon. She was 86.

The novelist died at her Banani residence around 5:00 p.m. after suffering a cardiac arrest, local media reported citing her family. She is survived by two daughters and two sons and a host of relatives and well-wishers to mourn her death.

Rabeya started her writing career crossing the barriers of patriarchal society and when women were almost confined to their homes.

In her career spanning almost six decades, Rabeya had shown her capacities in short stories, essays, religious history, and travelogues. And she became an inspiration for many budding writers, including females.

Rabeya wrote over 50 novels and more than 400 short stories.

She received Ekushey Padak in 1993 and Independence Day Award in 2017, the two most prestigious and highest civilian awards of the Bangladesh government, for her contributions to literature.

She also wrote numerous screenplays for television and radio and at least three of her books were adapted for cinema.

In a condolence message, the president said, "Rabeya Khatun's death is an irreparable loss to the country's literary arena."

Recalling her contributions to promoting Bengali literature, Hamid said she will always be remembered for her outstanding literary works.

The PM expressed deep shock and sorrow at the death of the eminent litterateur. She said Rabeya will be remembered for her outstanding contributions to the field of literature.

Both prayed for the eternal peace of the departed soul and conveyed deep sympathy to the bereaved family.

Born on Dec 27, 1935, in Bikrampur, Rabeya was also a journalist and teacher. She worked with the Ittefaq and cine magazine Cinema and she became the editor of the monthly Angana in the 1950s.

In July 1952, she married film director Fazlul Haque. Her children include Faridur Reza Sagar, managing director of Impress Telefilm Ltd and Channel i, and Keka Ferdousi, a famous host of television cooking show and a chef.

Her books on the Liberation War – Ekattorer Noy Maash and Megher Pore Megh – earned praise of readers as well as critics.

Ministers and a group of people from different walks of life expressed deep shock at the demise of the novelist.