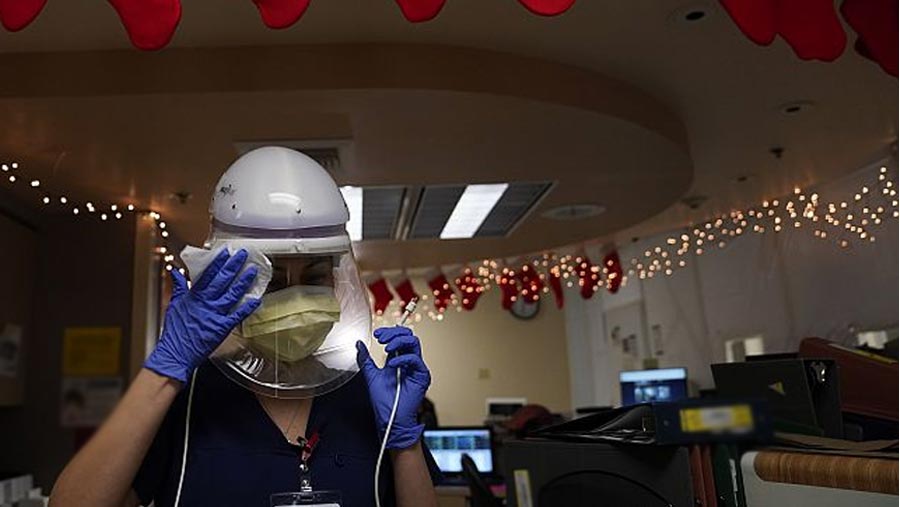 The United States marked the New Year on Friday (Jan 1) by passing the extraordinary milestone of 20 million Covid-19 cases, after global celebrations welcoming in 2021 were largely muted by the pandemic.

The US has floundered in its efforts to quell the virus, which is spreading rapidly across the country and has already caused more than 347,000 deaths – by far the highest national death toll.

Worldwide hopes that Covid-19 vaccines will bring a rapid end to the pandemic in 2021 have been shaken by the slow start to the US vaccination program, which has been beset by logistical problems and overstretched hospitals.

Nearly 2.8 million people in the US have already received their first jabs, but the figure fell well behind the 20 million inoculations that President Donald Trump’s administration promised by the end of 2020.

The desperate race to vaccinate is set to dominate the coming year, with the coronavirus already having killed at least 1.8 million people since emerging in China in December 2019, according to a tally from official sources compiled by a renowned news agency.

German firm BioNTech said Friday it was racing to ramp up production of its Covid-19 jab to fill a shortage left by the lack of other approved vaccines in Europe.

Countries including Britain, Canada and the United States approved the Pfizer-BioNTech vaccine earlier, and have since also greenlighted jabs by US firm Moderna or Oxford-AstraZeneca.