President for UGC’s strong role in removing irregularities in varsities 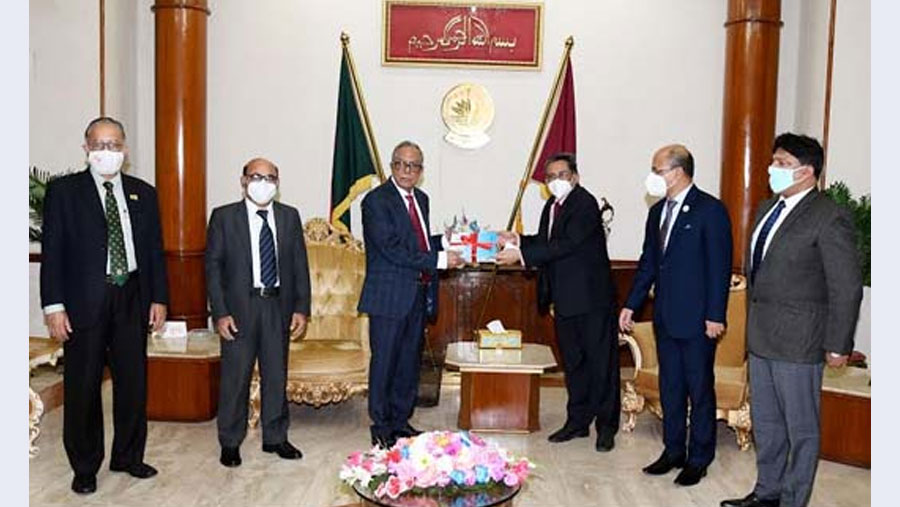 President Md. Abdul Hamid on Sunday (Dec 27) asked the University Grants Commission (UGC) of Bangladesh to play a strong role in removing irregularities in public and private universities. The President came up with the directives when a UGC delegation submitted its “Annual Report–2019” at Bangabhaban in the evening, local media reported.

He put emphasis on expanding the research activities in the university and ensuring its quality so that the students can be competent to face worldwide competition.

“Education is not a commodity... So there is no opportunity to compromise with quality education,” Abdul Hamid opined.

Regarding the irregularities in the recruitment of teachers from different universities published in the media, Hamid said a uniform policy should be formulated so that the qualified candidates can be recruited.

During the meeting, UGC Chairman Prof Dr Kazi Shahidullah apprised the President of the commission’s overall activities and various aspects of the report, including the progress of the admission test under a cluster system, President’s press secretary Joynal Abedin told media.

The head of the state was informed that as many as 42,150 students of government universities have been given loans to buy mobile phones so that they can continue their academic activities digitally during the tough time of the Covid-19 outbreak.

The President expressed satisfaction over the overall activities of the UGC.

Secretaries concerned to Bangabhaban were present there.