Begum Rokeya Day to be observed in limited scale 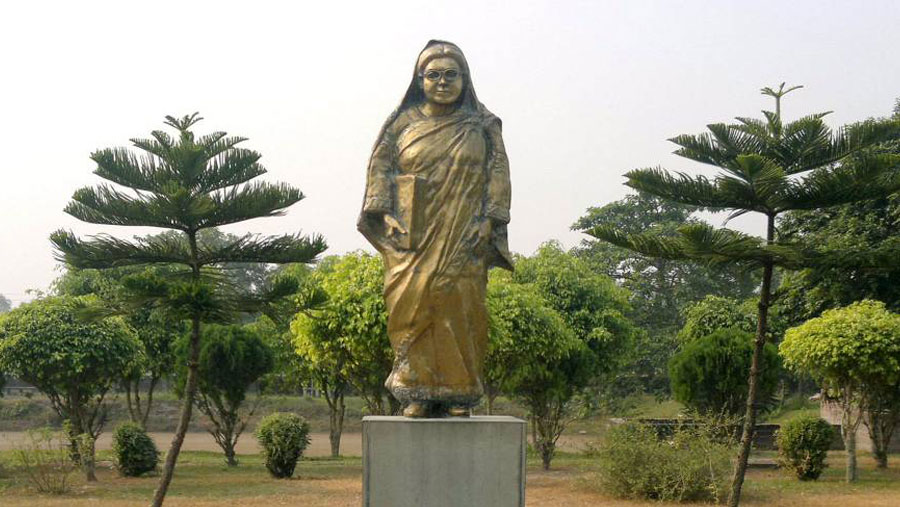 The Rangpur district administration has chalked out limited scale programmes to observe the Rokeya Day-2020 at Pairaband village, birthplace of Begum Rokeya in Mithapukur upazila of the district, on Wednesday next. Officials said the day would be observed on Dec 9 with day-long programmes strictly abiding by the health directives of the government, local media reported.

In the past years, the district administration observed the Rokeya Day with three-day elaborate programmes before the outbreak of the Covid-19 pandemic.

As per the curtailed one-day programmes, the observance will begin with placing of wreaths by the officials of the district and Mithapukur upazila administrations at Begum Rokeya Smritistambha in Pairaband village at 9 a.m. on Wednesday.

Later, the district administration will arrange a virtual discussion on the life and works of Begum Rokeya at the conference room of the district Deputy Commissioner in the city.

Deputy Commissioner and President of the Rokeya Day-2020 Observance Committee Md. Asib Ahsan will preside over the discussion. HN Ashiqur Rahman, MP, is expected to attend the discussion virtually as the chief guest.

Begum Rokeya was born in village Pairaband of Rangpur on Dec 9 in 1880 and died on the same day in 1932 in Kolkata. She struggled throughout her life for establishing the women’s rights, freedom, education, empowerment, economic emancipation and movements creating a renaissance in the then highly conservative and British-ruled colonial society.

The birth and death anniversaries of Begum Rokeya are officially being observed as Rokeya Day since 1994 at Pairaband village, the birthplace of the unparalleled woman in the Indian subcontinent.