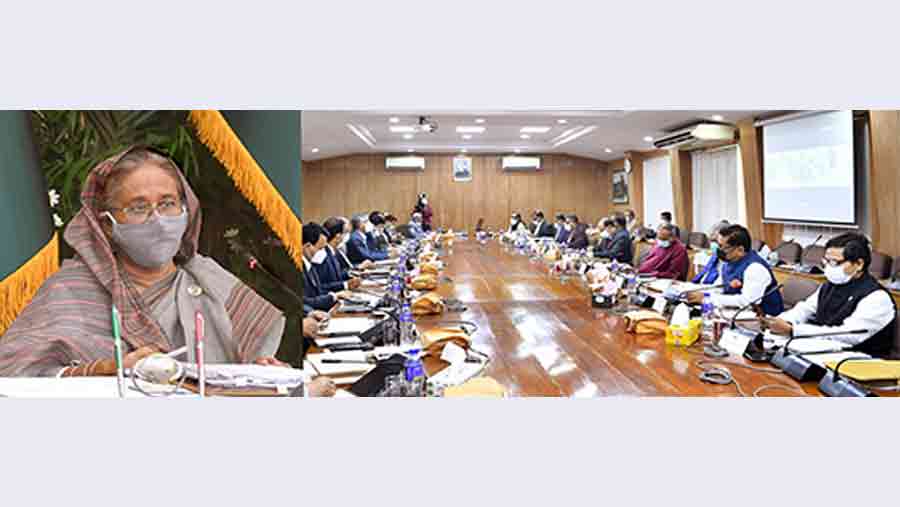 The cabinet at its regular weekly meeting on Monday (Dec 7) with Prime Minister Sheikh Hasina in the chair, decided that all the government organisations will compulsorily restore their data at the Kaliakair Data Centre.

“It is compulsory from now on for the government organisations to store their data at the Kaliakair Data Centre under the ICT Division while private organisations can also do it on payment,” Cabinet Secretary Khandker Anwarul Islam told a news briefing at the Bangladesh Secretariat in Dhaka following the meeting, local media reported.

In this connection, he said that the cabinet approved retrospectively the revised drafts of memorandum of association and articles of association of a company titled ‘Bangladesh Data Centre Company Limited’.

The PM chaired the meeting joining virtually from her official Ganabhaban residence in Dhaka while her cabinet colleagues from the Cabinet division.

The cabinet secretary said that all the ministries and divisions of the government have to open servers of their own at Kaliakair Data Centre to preserve their data.

He added that there would be enough safety and security measures to safeguard the data, saying, “Even the owners of the data centre will have no access to the data of any agency.”

Only the agencies concerned will have access to their respective data, he continued.

He added after that the company would have to run the data centre with its own revenues.

The cabinet secretary said that the ICT division has given an extensive presentation about the measures to be taken to cope with the new technologies and prospects of Bangladesh in face of the 4th industrial revolution.

In the presentation, it was said that 10 technologies will lead the future world, he said

“So, we have no other way to pay special attention on the 10 technologies (to unlock potentials of 4ID), otherwise, we’ll not be able to compete he international market,” he said.

Stressing the need for timely intervention regarding the matter, he said, “Our future will depend on how we will handle the 4th industrial revolution. We’ll face problems if we can’t handle it properly.”

The cabinet secretary said the system of production and total technology will be changed during the 4th industrial revolution.

So, Bangladesh will have to make its workforces fit for the revolution, otherwise it will fall behind in international competition, economy or technology or all other perspectives, he opined.