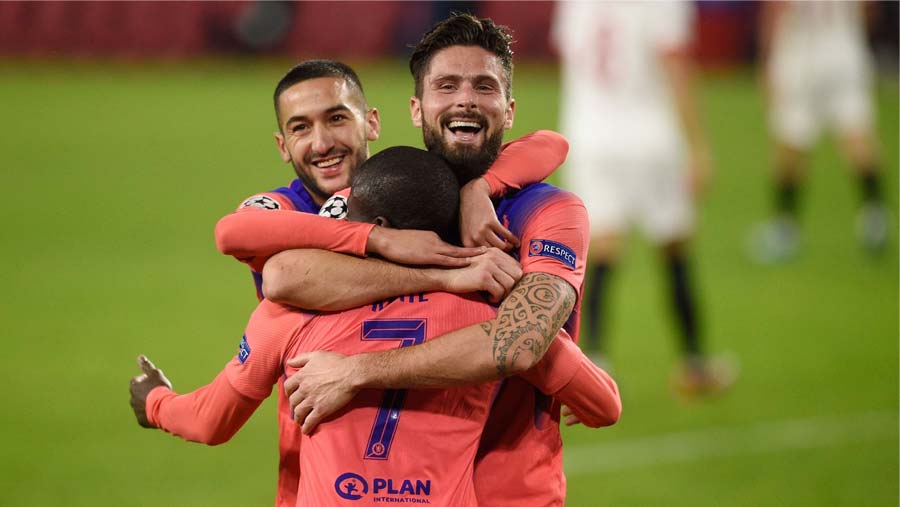 Chelsea F. C. striker Olivier Giroud has become the oldest player to score a Champions League hat-trick on a record breaking night, after scoring all four of his side’s goals in their win over Sevilla on Wednesday (Dec 2). Given a rare start by Frank Lampard and just over two months since his 34th birthday, the France international put his name into the history books as he hit top gear for the Blues.

Olivier Giroud scored all four goals in a comprehensive Chelsea victory over Sevilla that ensures the Blues take top spot in Champions League Group E. The Frenchman scored early in each half with two delightful finishes after being fed by clever passes from Kai Havertz and Matteo Kovacic respectively.

He completed the treble with a flicked near-post header, then converted a penalty after he was bundled over in the box.

Already assured of qualification for the last 16, Chelsea made nine changes to the team that drew 0-0 with Tottenham Hotspur in the Premier League on Sunday.

Both Havertz and Christian Pulisic made their first Blues starts since October following illness and injury, while 19-year-old midfielder Billy Gilmour came off the bench for his first appearance of the season.

Sevilla, also sure of their place in the knockout stages, were without a number of first-choice players and were forced to give a debut to goalkeeper Alfonso Pastor after Tomas Vaclik was injured in the warm-up.

There was little the 20-year-old could do about the goals and his saves ensured Chelsea's winning margin was not greater.

While Giroud is the oldest to score a hat-trick in the Champions League, Ferenc Puskas did score three goals in the European Cup aged 38 years and 173 days in 1965.

Giroud is now just the second Frenchman to score two Champions League hat-tricks, with only Real Madrid’s Karim Benzema the other player to do so.

Lampard was the last player to score four goals in a single game for Chelsea with the Blues current manager achieving that feat back in March 2010 against Aston Villa.

Giroud, who was substituted after scoring his fourth goal against Sevilla, has struggled for regular game time at Stamford Bridge this season and recently hinted a move away in January could be on the cards.