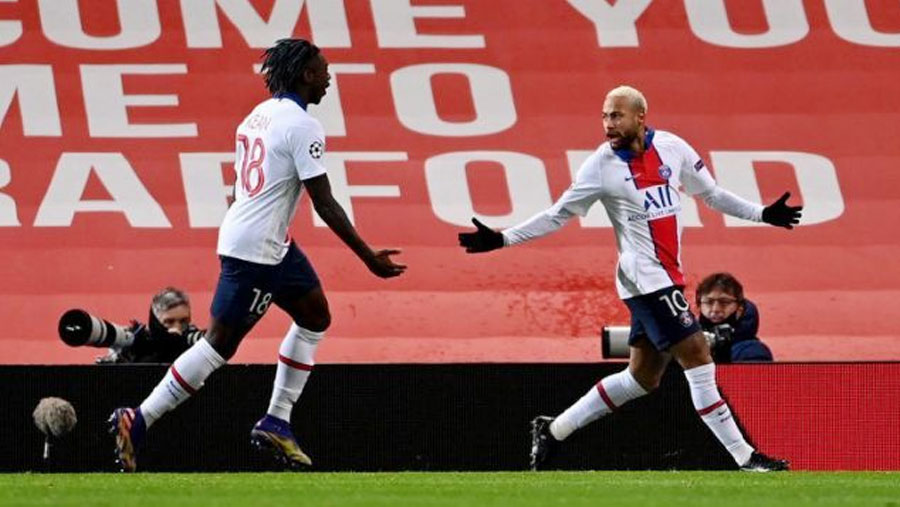 Neymar scored twice as Paris Saint-Germain beat 10-man Manchester United 3-1 at Old Trafford on Wednesday (Dec 2) to throw Champions League Group H wide open. Man United, PSG and RB Leipzig are all on nine points heading into next week's final round of games in which the United go to Leipzig and PSG host Istanbul Basaksehir.

Marcus Rashford had cancelled out the Brazilian's early opener with his third goal in four games against the French outfit.

But Marquinos' excellent second-half finish put the visitors back in front and after Man United midfielder Fred had been sent off for a foul on Ander Herrera, Neymar tapped home his 38th Champions League goal.

The result leaves United level with PSG and RB Leipzig on nine points in Group H and knowing they need a draw away to the German side next Tuesday to progress to the last 16.